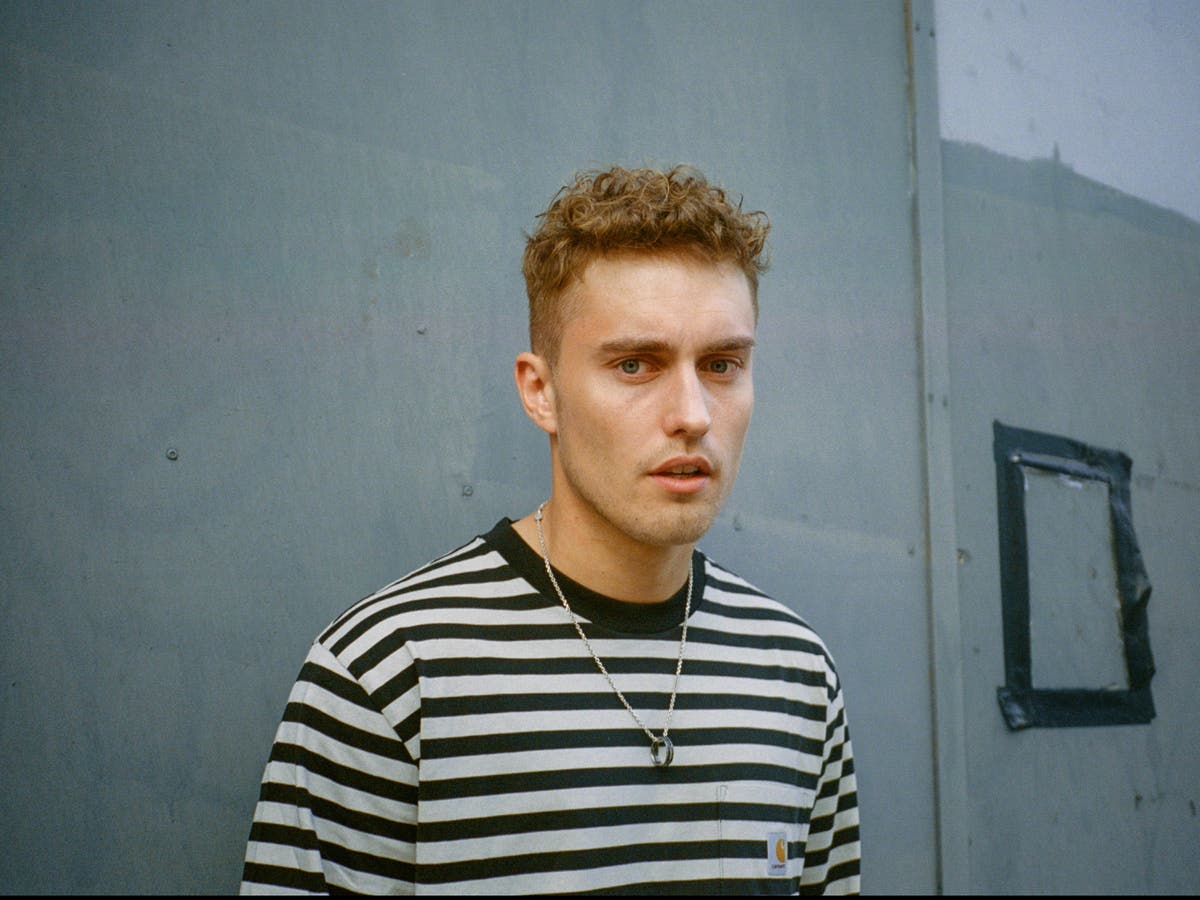 We live in a toxic world, according to Sam Fender. We are politicized, polarized and in a constant state of anxiety. Why not celebrate having survived it all, he seems to be saying on his second album, Seventeen about to sink.

Fender broke through as a city council kid singing about his upbringing in North Shields. His debut album tackled poverty, male suicide, class wars, and white privilege with the kind of franchise that only comes from lived experience. While he balks at comparisons to Bruce Springsteen, it’s easy to see why they’re made: the 27-year-old has a similar, screaming vocal style, as well as a penchant for saxophone solos. It hasn’t changed at all here, but Fender has refined both their writing and their sound.

It opens with the title song jangly, a trip down memory lane reminiscent of “The Borders”. Like that first single, “Seventeen Going Under” is about injured people left behind, swinging their fists because there is nothing else to do. Fender has a razor-sharp turn of phrase that stirs the imagination like few other songwriters his age, singing when he was’ among white noise and the boys of the boys / The guys in the locker room talking / Drenched in a good drink market and sarcastic queers / A mirror image of my old man / Oh my god the kid is a soft hand / Canny sing, but he looks sad. There’s a ripple of Johnny Marr of the Smiths in the luscious guitar twangs on â€œGetting Startedâ€. Meanwhile, “The Leveller” echoes the post-punk hellraiser that Fender transformed for the B-side stoning, “Howdon Aldi Death Queue”. There are also clear nods to Radiohead, in his Thom Yorke moans, orchestral flourishes and a puckered forehead of a guitar riff.

Fender always keeps his more virulent tones for The Man (â€œI don’t have time for the very few! / They never had time for me and you!â€) On the tension-filled â€œAyeâ€ and the ruthless “Long Way Off”. He pays tribute to the people he grew up with for their resilience, while condemning the indifference of the government that makes them suffer. The first six pieces of Seventeen in progress are, at least lyrically, much stronger than the second. Songs such as “Paradigms” paint with too large a brush, lacking his usually meticulous attention to detail. But then he returns flamboyantly to “The Dying Light,” which takes Dylan Thomas’ plea to heart and turns an austere piano intro into a rage against the looming darkness and crying mothers and more dead young boys. . â€œI’m damned if I give up tonight,â€ he shouts. A real cry of heart. ROCK

Talk Memory has been described as a “homecoming” for BadBadNotGood. But the origins of the Toronto jazz ensemble are difficult to understand. They cut their teeth by reinterpreting the rhythms of rap collective Odd Future in 2011. A viral video later, they collaborated with rap heavyweights including Tyler, the Creator, Dilla, Earl Sweatshirt and the late MF DOOM. They released an album with Ghostface Killah. On their fifth album, however, they moved away from their adjacent hip-hop sound to paint a portrait of a 21st-century jazz band, always on the move.

The nine-minute opening of the album is indicative of the group’s ambition. “Signal From the Noise” rumbles in a cloud of static electricity; lead-laden keys cut through quiet snare rhythms. Those first few minutes would fit perfectly into the soundtrack of an independent horror film produced by A24. Then the lights come on, to reveal a cavernous swell of mercurial jazz. Unexpected and unbridled joy is found in every corner.

The “City of Mirrors” also deserves special mention. With notes of spaghetti western, he savored the splendor of a string orchestra of 11 musicians. The inclusion of acclaimed Brazilian composer Arthur Verocai demonstrates how BBNG’s know-how in collaborating also extends to instrumentals.

Still, it’s hard not to miss the vocals at least a bit. On their previous record – 2016’s succinctly titled IV – joint efforts with Charlotte Day Wilson and Sam Herring of Future Islands brought out the highlights of their careers. The same goes for the band’s beloved hip-hop inflections, which are lacking here; Rather, Sowinski’s typical practice drums take a different path.

At Talk Memory, BBNG have for the most part given up their habit of slipping into jam-band noodles. The trio (formerly four, until founding keyboardist Matthew Tavares retired in 2019) spent two years sitting down with these songs, an unusual approach for a band known for developing their ideas in front of a live audience. Sometimes it gives a more thoughtful output; other songs run the risk of overstating themselves. After all, it was the playfulness of BBNG that caught our attention in the first place. A

“2008 Honda City is all about fuel efficiency” – owner’s assessment