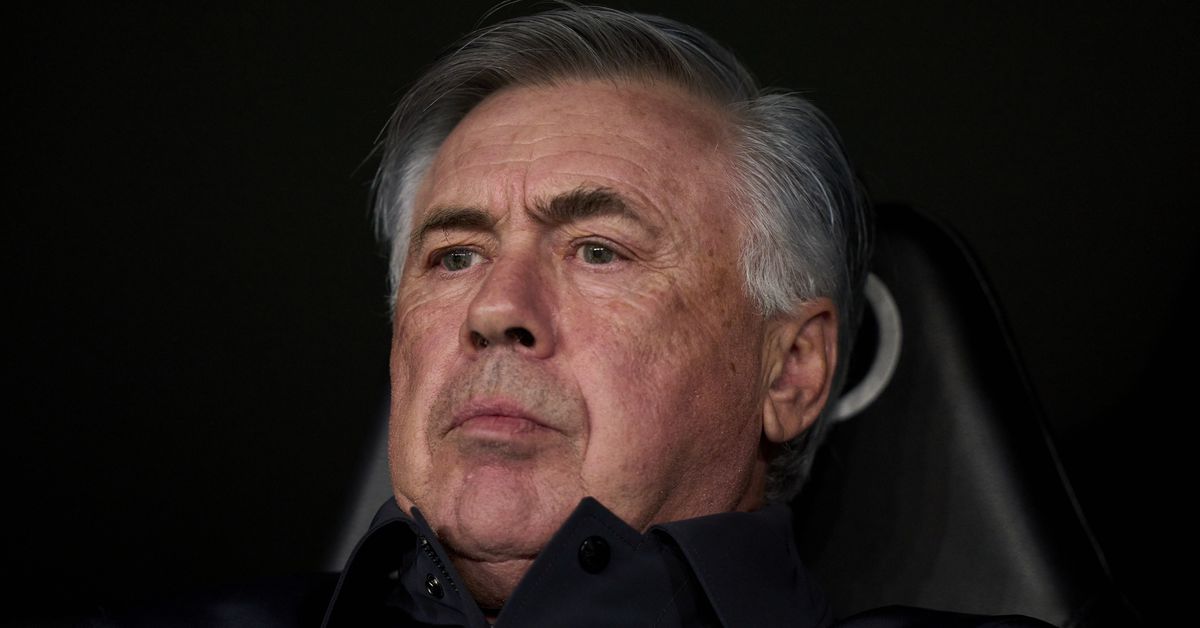 Ancelotti: “Maybe Bale’s assessment by the Welsh medical team was not correct”

Carlo Ancelotti had his first press conference in two weeks on Saturday and he discussed a number of topics, revealing that Eden Hazard is out this weekend due to illness and also discussing Gareth Bale’s latest injury .

The coach began, however, discussing the intense schedule ahead, saying: “I’m pretty happy right now because we don’t have a lot of injuries, with Rodrygo back this week and Fede Valverde possibly. to be back next week. The squad is in pretty good shape for these matches, which are also very difficult matches. I think the players are used to the intense periods. The squad are ready to continue the good form we had before this international break. It’s not the first time that we have to play several games in a row. But, it is clear that it is too much. Everyone says that. The players, the clubs and the coaches all say. This has to change. This is not good for football. Whether it’s through a Super League or whatever, I don’t know. I’m not in the best position to say it. What I know, is that there are too many matches and too many injuries and the quality of football is r educated. It needs to change.

Ancelotti is determined to maintain the good form Real Madrid enjoyed between the international breaks in October and November, when he won five and drew in one of his six matches. He explained: “After the last break we improved a lot and had more consistency in performance and results. We have to continue in this vein, because we have so many important matches to come. I have no doubts that we will get it right by Christmas.

One of the main talking points has been Bale’s new injury with Wales which will keep him out for several weeks. The coach started by saying that Bale was given the green light when he left for Wales, but that the Welsh medical team also carried out an assessment. The Italian said: “I think his situation was pretty clear before he left as he had the medical green light and went to Wales, where they were going to do an assessment. They thought he could play. , but he got injured. Maybe that assessment was not so correct. Now we want to get this player back because we think he can be useful to us this season. We have to get it right to get him back soon for us.

Asked about accusations that Bale cares more about his national team than his club, Ancelotti replied: “It is clear that he really loves his national team, but he also wants to play for Real Madrid. I can see his desire to play for Real Madrid in training. To play for Wales, he knows he needs to both train well and play well at club level. We must respect his character. He is clearly unhappy to be injured again. There is no conflict with him. We just want him to recover as soon as possible.

Ancelotti on the match against Granada on Sunday

An attempt to stir up controversy was dismissed by Ancelotti, when asked if it was unfair that Real Madrid have the Granada game this weekend on Sunday, which will give them less rest time before their game away from the Champions League against Sheriff on Wednesday. Ancelotti replied: “If we had played on Saturday we would have had less time to get the South American players back. Having the game on Sunday is good.

The coach has already spoken this season about Real Madrid’s use of tactical videos and he has done it again here, saying: “We use a lot of videos because we don’t have a lot of time to work intensely tactics on the training grounds. For example, with Militão, who came back yesterday, I have to show him a video of what he did well and what he did not do well because you can’t see that on the pitch. My assistants make videos for each player and then we also have group videos. The videos are very short because I don’t want them to watch half hour or hour long videos. They last 10 or 15 minutes. These tactical videos are not meant to be movies.

Ancelotti on the beginnings of Xavi

Finally, Ancelotti was asked if he would watch Barcelona vs Espanyol this Saturday night from the team hotel. He confirmed he would do it by saying, “I think it will be an interesting game and I will watch it. I think Xavi will bring something new to the team and to the club. We will have to fight against them until the end of the season. I’m sure we’ll see new things.

With 95% attendance, the annual class 10 exams start in Kashmir