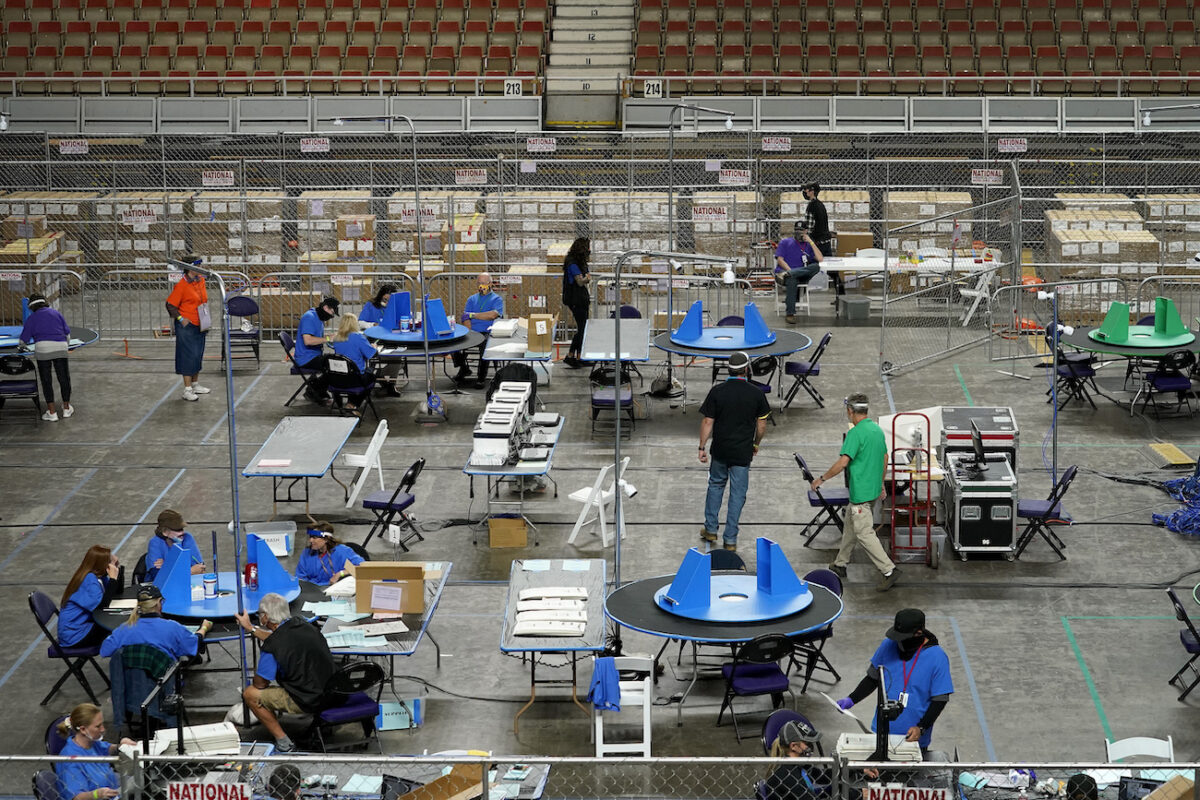 Handlers of the Audit from Maricopa County, Arizona, election results indicated they had finished counting and photographing nearly 2.1 million ballots.

â€œAudit Update: Paper Review and Count Completed Today,â€ the audit team wrote in a post on its Twitter account on June 25. â€œThank you to all of the amazing Arizona volunteers who made this audit possible! “

The GOP-led state Senate authorized the audit, which began in late April, after months of wrangling with Maricopa County officials in an back-and-forth legal battle. Republicans have hired Cyber â€‹â€‹Ninjas, a cybersecurity firm, to lead some of the efforts.

Ken Bennett, a former Republican secretary of state who was asked to work on the audit, told The Associated Press that the final report from the audit would take several weeks or months. Previously, authorities said it would be due in August.

After the completion of the document counting and review process, further audit work is underway, he said. This includes the evaluation of data from voting machines and election servers.

â€œI think too much emphasis has been placed on the tasks that take place here at the Colosseum, but those are not the only two tasks in the audit,â€ Bennett told AP. He was referring to the Veterans Memorial Coliseum in Phoenix, where the efforts were being made.

While former President Donald Trump and Republican Arizona lawmakers have said the audit is necessary to safeguard and restore confidence in the election, State Democrats, corporate media and the Secretary of State Arizona Democrat Katie Hobbs said the audit was carried out irregularly and claimed security breaches.

Hobbs, in a interview with Bloomberg News released on Sunday, again reviewed the audit and claimed that Republicans “have a very partisan agenda” and said that “nothing we see here inspires confidence that the results they release will be valid or credible “. She also criticized Cyber â€‹â€‹Ninjas CEO Doug Logan for being a Trump supporter.

Republicans, including Senate Majority Leader Karen Fann, said the audit was not designed to overturn the November 3 election results, but rather to restore confidence in the electoral system.

Earlier this month, Pennsylvania Senate State Government Committee Chairman Dave Argall, a Republican, mentionned there is a “very real possibility” that an audit will be carried out in Pennsylvania. “It’s a very careful recount, a forensic audit, so yeah, I don’t see the danger in that,” Argall also told reporters last week. “I just don’t think it would be a bad idea at all to do an audit similar to the one they’re doing in Arizona.”

The Epoch Times has contacted Bennet and Fann’s office for comment.