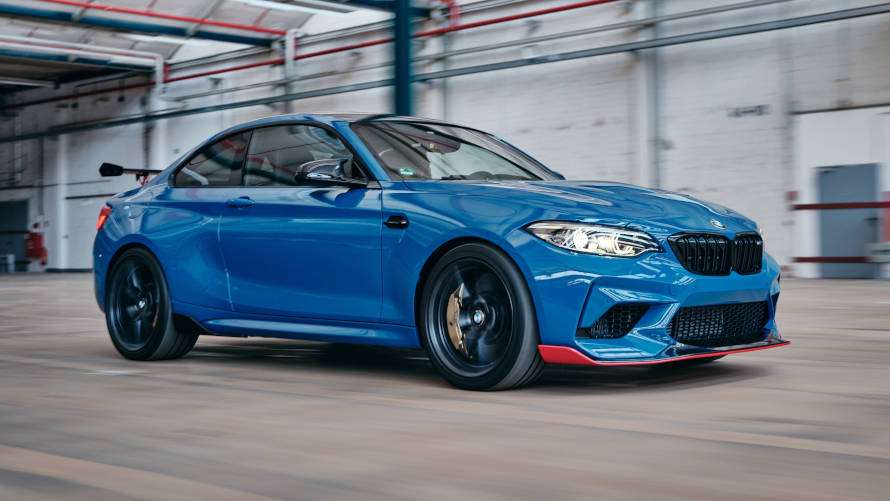 BMW M has slowly released some of its most exciting and secretive CSL models over the years, cars that were made as one-off prototypes but never got any further. In the first BMW M video we saw the E46 M3 CSL V8, the E60 M5 CSL and even an M6 CSL. However, this one shows an equally interesting car that actually came closer to production – the F87 BMW M2 CSL.

The M2 CSL was an interesting car as it almost made production. It was built when BMW was moving from the original M2 to the M2 competition and the M division was planning a special version. There were two special M2s built for the board: either a BMW M2 CS or the M2 CSL. Obviously the board picked the former, which was probably the right choice as it was pretty much a perfect car. However, there will always be the question of “What if?”

As you can see in this video, the M2 CSL took a lot of inspiration from the M4 GTS, with its large wing and roll bar. This rear wing also had very unique mounting arms, which were 3D printed in a very organic shape, which provides strength and material only where needed. They look like they’re made from organic matter and that’s pretty cool, if a bit creepy.

One of the most interesting aspects of the M2 CSL is its engine. Because it was built when BMW was still switching from the standard M2 to the M2 Comp, and it was just a demo car for the board, it actually still has an old N55 engine , from the original M2. Although BMW doesn’t say it outright in this video, you can see it under the hood, especially in the recent Top Gear video.

As cool as the M2 CSL is, I think BMW made the right call by building the M2 CS instead. As with most CSL models, the M2 CSL would likely have been DCT-auto only, while the M2 CS was available with a manual. Plus, its less aggressive nature made it super usable on a day-to-day basis. It was still comfortable enough and practical enough to be a daily reader, whereas most GTS models weren’t. Still, it’s cool to see the car that could have been.

[Image provided for media use by bmw-m.com]

The Best Store-Bought Teriyaki Sauces in 2022