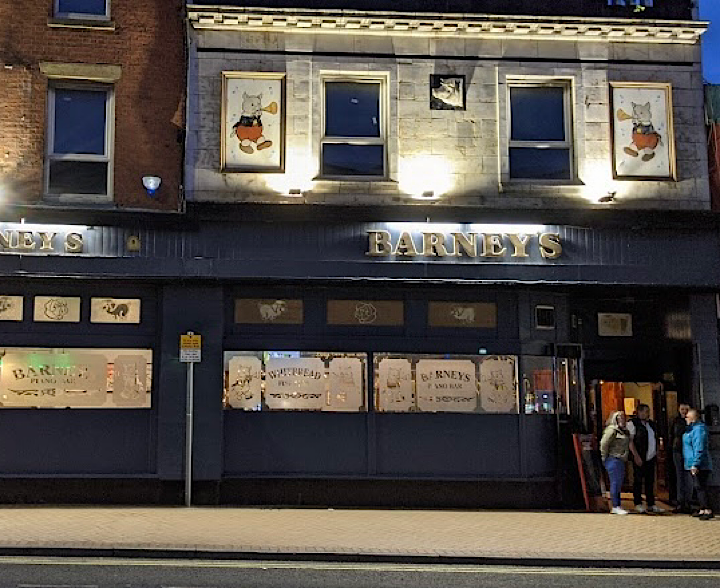 The request for review details a number of alleged incidents reported to police between July 2021 and August 2022 at the Church Street site.

The report says PC Connelly will meet with Anthony Newman, owner of Barneys, after a steady stream of violent incidents on Saturday, July 30, 2022, which has sparked scrutiny.

Lancashire Police received a 999 call from a single member of staff reporting that a man had drawn a knife inside the premises.

PC Stephen Connolly, said in his report: ‘She had seen blood, which people were kicking inside the pub.

“There had been a disturbance in the pool hall, which was unsupervised during the incident, which resulted in one man picking up a pool ball and cue and the other taking a knife in his pocket and lunged at the other, causing injuries to his mouth and face. .

“The man with the knife was physically restrained by 5-10 other patrons before being released and escorted off the premises.”

The man was located and arrested by officers, and a knife was recovered. The incident is still under investigation.

The report says Anthony Newman has taken positive steps to address some of the issues.

This includes the request to change door monitoring providers and the introduction of a stricter dress code to tackle problematic customers and have voluntarily started using a knife wand at the entrance.

Since applying for the exam, Mr Newman has sought to train two more staff members to eventually apply for a personal license holder, bringing the total number of staff with a personal license to four and training them access to video surveillance to review images following incidents.

At this time, Lancashire Police believe there is no need to suspend or revoke the premises license as ‘Newman has clearly undertaken work to resolve the issues at Barneys’.

A meeting will be held before the Preston City Council Licensing Sub-Committee on Monday October 24 to discuss this matter.

Darrell Brooks cross-examines the witness and asks “Who are you?”

Stylish and comfortable: the best winter boots to wear this season