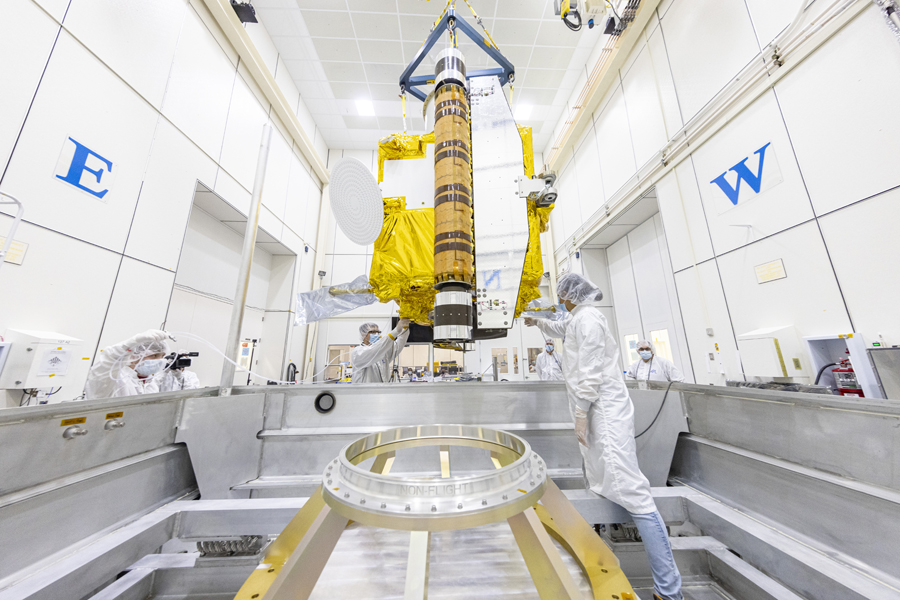 The truck, spacecraft, and a small motorcade of PLA engineers and technicians drove to Vandenberg Space Force Base near Lompoc, Calif., Oct. 2 in the early afternoon, local hour.

â€œAlthough it’s only a few days of travel, it’s been a long journey ahead,â€ said Elena Adams, APL DART Mission Systems Engineer. “We are all delighted and relieved to see the truck arrive safely at Vandenberg and that DART begins its final preparations for the launch.”

The spacecraft will undergo a series of final tests and checks, as well as refueling, over the next few weeks as the team prepares for the planned DART launch aboard a SpaceX Falcon 9 rocket in late November.

â€œWe’ve spent the last year and a half testing DART on the ground, training for what is the most anticipated part yet – its flight to Dimorphos,â€ said Adams. â€œWe still have a few mission rehearsals to do, with the team practicing spacecraft launch operations from Vandenberg in California and the APL Mission Operations Center in Maryland. Once completed, we will be ready for launch and operations.

DART will be the world’s first mission to test planetary defense techniques, demonstrating a method of mitigating asteroid deflection, called kinetic impact. DART will impact the small asteroid Moonlet Dimorphos, which orbits a larger companion, Didymos, in a binary asteroid system to change its orbital period. Although neither of the two asteroids pose a threat to Earth, the collision with Dimorphos allows researchers to demonstrate the deflection technique as well as several new technologies, and collect important data to improve our modeling and forecasting capabilities. the deviation of asteroids. These improvements will help us better prepare in the event that an asteroid is discovered as a threat to Earth.

DART is led by the NASA Planetary Defense Coordination Office at the Johns Hopkins Applied Physics Laboratory and managed as a project of the Planetary Missions Program Office at the Marshall Space Flight Center with support from several other centers in the NASA: the Jet Propulsion Laboratory, Goddard Space Flight Center, Johnson Space Center, Glenn Research Center and Langley Research Center.

To learn more about the DART mission, visit https://www.nasa.gov/planetarydefense/dart and dart.jhuapl.edu