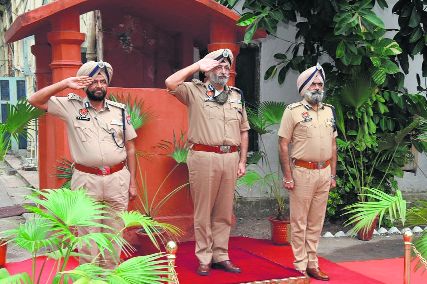 Punjab’s Director General of Police (DGP) Iqbal Preet Singh Sahota today reviewed the police and public order situation by holding a full meeting of the Patiala line of PSSs during his visit to the office of the range here. The upcoming elections were one of the key issues discussed at the meeting attended by all SSPs.

Reviewing the status of cases in the Patiala Range Districts, the DGP ordered all District Police Chiefs to speak out on pending cases by taking stock of the day-to-day investigations and proceedings. status of investigations. He said everyone who approached the police station should be heard with patience and be sure to seek justice after following proper investigative procedures.

Following Vidhan Sabha’s upcoming elections, the DGP called on the SSPs to take extra precautions and intensively monitor the maintenance of public order. Insisting on the need to closely monitor drug suppliers, he called on officials to adopt a zero tolerance policy so that no one can supply or store drugs in their respective districts.

Reiterating its commitment to providing a clean and transparent policy, the DGP asked the SSPs to warn all their subordinates to honestly obey orders. He said that according to the clear instructions of the Chief Minister of Punjab, Charanjit Singh Channi, if a member of the police engaged in corruption or any other unscrupulous activity, he / she would be treated in a strict manner.

Reviewing the status of cases in the Patiala Range Districts, he called on all District Police Chiefs to comment on pending cases by taking stock of the day-to-day investigations and l status of investigations. He said everyone who approaches the police station should be heard with patience and be guaranteed justice after following proper investigative procedures.

Earlier, a police contingent from Patiala presented the guard of honor to Police Director General Sahota, during his visit to the Patiala Range IG office.