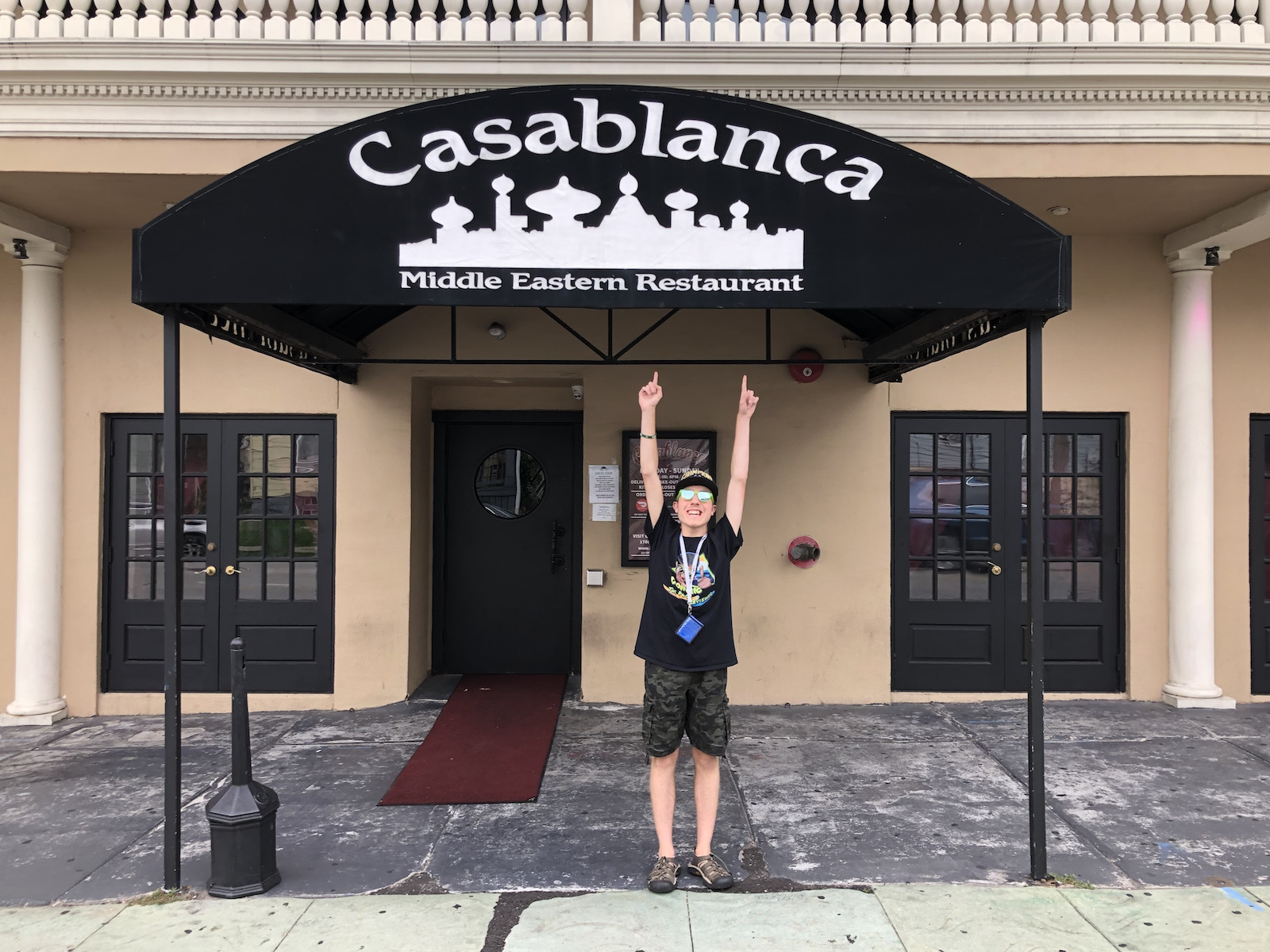 At OnMilwaukee, we believe in raising all voices and using our platform to support the dreams of others. And that’s what we hope to do for Dominic the Food Reviewer. When I first met Dominic almost two years ago, I was impressed by his passion, curiosity and interest in improving his writing. Over time, I not only enjoyed getting to know him better, but he taught me as much as I have him. Hope you not only enjoy reading Dominic’s reviews, but also glean understanding and joy as you see the world of food through his eyes. – Lori Fredrich, editor-in-chief

For this week’s review, I had the pleasure of meeting Founding Chef Jesse Musa and Chef Marco Lezameta in Casablanca, 728 E. Brady St.

Chef Musa sat down with me and my dad for a generous time and told us about his incredible journey from his childhood in Jerusalem to opening several restaurants here in Wisconsin.

As a young boy growing up in Jerusalem, Chef Musa worked in his father’s bakery. Every morning at 2 a.m., he would help his father and then go to school. After a full day of school, he immediately returned to work at the bakery. In 1971, he immigrated to the United States and eventually opened Casablanca, a restaurant named after one of his favorite films.

Speaking with Musa, you could hear the passion he always had for cooking. As he said, he always â€œcooks with his heartâ€. When he opened his first restaurant, he wanted to introduce Milwaukee to high-quality Middle Eastern cuisine and recipes that had been passed down to him for generations. Chefs Musa and Lezameta treated our table like we were family. You could instantly tell how much the two chefs cared about their customers and the people of Milwaukee.

The restaurant itself is absolutely beautiful. It has a very nice outdoor patio upstairs overlooking Brady Street.

Casablanca has two floors with a large bar downstairs and upstairs. The very large and open atmosphere of the restaurant, as well as the natural lighting, make the atmosphere very welcoming. I also really enjoyed the soothing Middle Eastern music playing in the background.

For dinner, we shared a family platter ($ 23.95 per person for groups of four or more). It was an absolutely stunning display of food. The colors of the vegetables and all the meat in the middle made the dish almost too good to eat. The appetizer platter came with hummus, baba ghanoush, falafel and pita bread. The falafel was chewy on the inside with a perfectly spicy crunch on the outside.

Our main course consisted of beef and chicken kebabs, lamb kifta, beef shawarma, chicken shawarma, Moroccan shrimp with rice and vegetables. My favorites were the chicken kebab and the Moroccan prawns which had the perfect amount of seasoning and were well marinated.

The rice had a slight cinnamon flavor for his taste. Finally for dessert we had baklava which had a nice thin layer of breadcrumbs and crushed nuts inside.

There was no food on the plate that had not been touched. Each item was as good as the next. Adults can also enjoy a hookah session (with a wide choice of flavors to choose from) after consuming a very filling and satisfying meal.

I had such an amazing evening, had the opportunity to taste so many Middle Eastern food and speak with such generous and kind chefs. I felt like I had traveled outside of Milwaukee for one night. I can’t wait to go back in the future. You should definitely try this restaurant as Chef Lezameta is a one of a kind cook. It was obvious that you don’t have to be a food critic to experience the friendliness of the staff and waiters. I was so impressed with everyone’s passion for cooking and providing the customer with an amazing experience in addition to a delicious meal. .

You can also visit the Casablanca in Brookfield at 17800 W. Bluemound Rd.