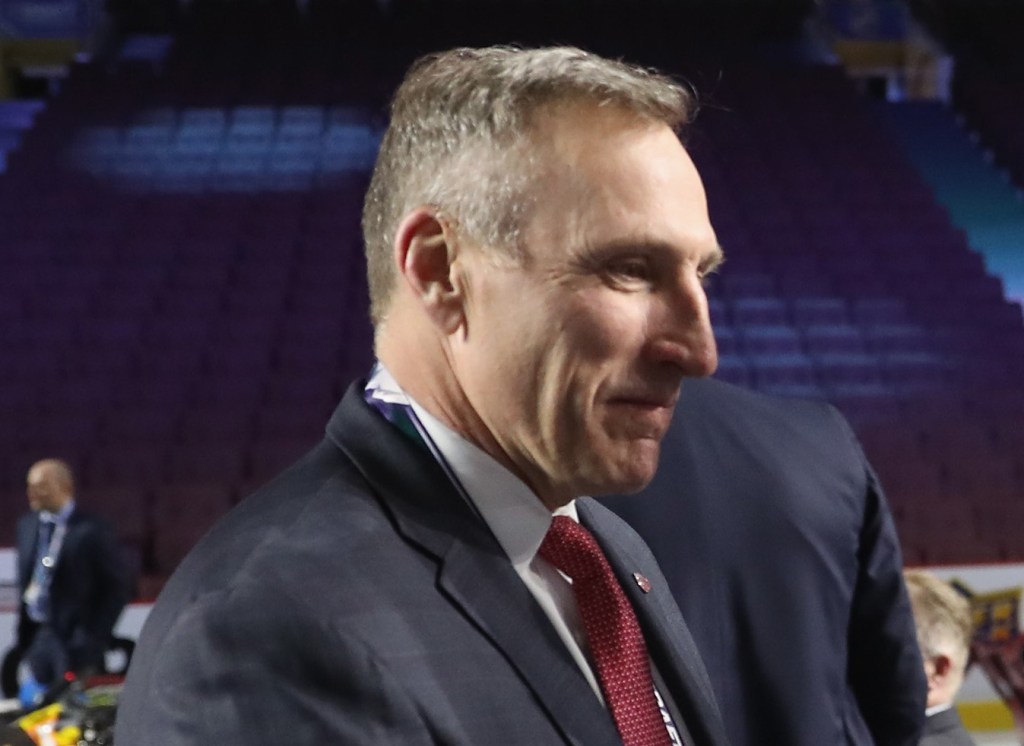 IRVINE — Pat Verbeek set his priorities in his first days on the job as the Ducks’ new general manager. Sleep is one of them, of course. Otherwise, he could probably spend around the clock immersing himself in all aspects of the organization after being hired last week to replace former general manager Bob Murray.

Verbeek watched the Ducks’ hour-long practice Wednesday as he sat on the perch just above Great Park Ice’s Rink 3, just as he did on Tuesday when they returned to the work after the stars’ seven-day hiatus. He’s likely to do it again on Thursday when he gets a better feel for his new squad.

The Ducks host the expansion Seattle Kraken on Friday at the Honda Center, their first game since an overtime loss to Verbeek’s former team, the Detroit Red Wings. Verbeek was assistant general manager for the Red Wings and the Tampa Bay Lightning before the Ducks hired him as general manager.

There is no doubt that the rebuilding efforts launched by Murray have advanced at a steady pace, which has come as a surprise to many, but there is still a lot of work to be done. The trade deadline is next month and it remains to be seen whether the Ducks will be buyers or sellers. A number of potential free agents need new contracts.

Some deals may be easier to close than others.

Others may never be completed.

Trades could be made so the Ducks aren’t left empty-handed at the end of the season.

“You’re going to have to deal with free agents one way or another,” Verbeek said, referring to pending unrestricted free agents such as Hampus Lindholm, Josh Manson and Rickard Rakell. “Either I make the decision to sign them or I don’t want anyone to come out for nothing.”

Less pressing, but no less important, is the status of Ducks coach Dallas Eakins, whose contract expires at the end of the season. Each of Eakins’ three seasons behind the bench has been impacted by COVID-19, but he’s earned praise this season for the Ducks’ sudden rise from deep.

“I’m just reevaluating the whole thing,” Verbeek said of Eakins and the coaching staff. “These decisions will be made at the end of the season. There is plenty of time for that. I have more pressing needs. We all have a job to do. Dallas is a professional. He will do his job. I don’t worry about that.

“We’ll sit down and talk at some point.”

“So far I haven’t changed anything,” Verbeek said. “They’re all doing what they’ve done in the past. I will also rate this part. We’ll have to see how it all pans out in the end.

For now, and for the next few weeks, Verbeek will focus on the ice and determine if the Ducks are playoff contenders. Or just suitors. He expects there to be some clarity sooner rather than later. The Ducks reached the all-star break with a 23-16-9 record, third in the Pacific Division.

The MP Board publishes the exam schedule for class 9, 11; exams from March 15