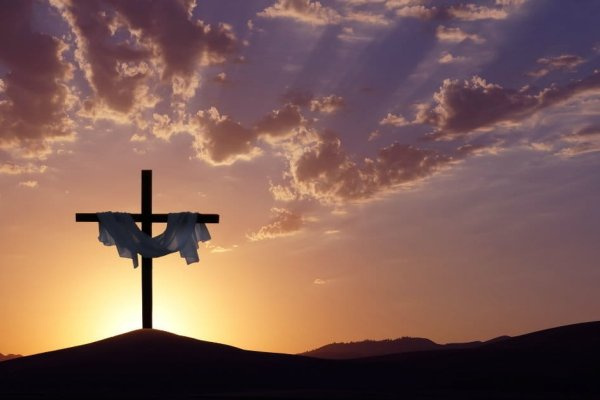 Easter is a time for self-evaluation, not a drinking holiday

Currently, Easter has been seen as a time when groups get together for fun, workers rest from their busy schedules, and others take the opportunity to get drunk and indulge in all sorts of activities that do not correspond to the true intention of the season.

The Ghana News Agency (GNA) has found that the majority of crashes recorded during the Easter festivities over the years have been attributed to drunk driving.

In a report published by the GNA on April 12, 2022, Mr. Jeremaine Nkrumah, Chairman of the Board of the National Road Safety Authority (NRSA) spoke to drivers about drinking alcohol at Easter.

In the post, he said: ‘Drunk driving caused most traffic accidents at Easter, with drivers in ecstatic moods getting drunk and endangering lives on the road.’

Mr. Hassan Tampuli, Deputy Minister of Transport, in the same publication, mentioned that the data indicated an increase in the number of road accidents during Easter.

Numerous pub, club and association programs are organized during the season with captivating captions like “Easter at the bar, Easter party at the beach, khebab and beer galore on Easter”.

At these gatherings, some women are seen half-naked in the company of bare-chested men with plenty of booze, all meant to celebrate a biblically-oriented party.

One might wonder why Easter, a season associated with Jesus and Christians, is honored in such a way and lifestyle, as the Bible, from which the holiday emanates, preaches against.

The New Testament tells how Jesus was arrested by Roman authorities and sentenced to death by Pontius Pilate, then Roman emperor, for claiming to be the son of God.

Easter, since then, has been significant in the Christian faith and celebrated around the world to commemorate the resurrection of Jesus Christ on the third day after his crucifixion.

It begins with Lent, which is a period of fasting in remembrance of the 40 days and nights of fasting of Jesus Christ in the desert, as recorded in the biblical books of Matthew, Mark and Luke (synoptic gospels).

Lent begins on Ash Wednesday, which is the first day of the 40-day fast and ends on Good Friday, which marks the day Jesus Christ was crucified on the cross.

Easter was to take place on the third day after the crucification of Jesus Christ, known as Resurrection Day, but has a number of preceding events, which Christians observe each year.

Holy or Passion Week is the week leading up to Easter Day, which includes Palm Sunday, marking the triumphal entry of Jesus into Jerusalem.

Maundy Thursday, follows to mark the day Jesus met and had the “last supper” with his disciples to observe Passover and finally, Good Friday when he was crucified.

The basis on which the festival is celebrated, the historical and biblical events that led to its existence make it an entire holy season rather than just a holiday of joy from drunkenness.

From Lent until Resurrection Day, the last day of the Easter season should be considered a time to remember the biblical story of Jesus Christ dying on the cross of Calvary for the redemption of mankind.

It is necessary for Christian individuals to assess themselves during this season to determine the strength of their faith in accordance with the teachings of the Holy Bible.

Evangelist Andy Tsatsu, founder of Endtime Holiness Ministries, told the GNA that the Easter season is essentially a time for Christians to reflect on Christ’s sacrifice on the cross, whether they had lived a life that appreciated his blood, shed for human.

He said: “It is not wrong to observe the season with pleasure and joy, but Christians must be aware not to celebrate like canal men, who get drunk on pleasure and see it rather as an occasion to give back to God”.

He said people should channel the celebration into sharing the love of Christ with others at times like this to clarify the conception of Easter as a feast of drinking and promiscuity.

The evangelist referred to the Second Book of Corinthians 13:5, saying it was necessary for Christians to examine themselves if they had been in the faith of Christ and that Easter was the perfect time to do so.

He said: “These are the times to look at the great things the Lord has done for us, for the Bible says he was despised and rejected, a man of sorrows, knowing the deepest sorrow, we turn to him back and look the other way.”

He mentioned that the exact thing the Bible was talking about was what many people did on Easter, turning their backs on the Creator and the Savior, without remorse.

The man of God said the Bible made it clear that Jesus bore the weakness of men and their sorrows weighed him down, while they thought his troubles were a punishment from God, adding that this part of the Bible was a reason sufficient for Christians to deepen their relationship with Christ.

Evangelist Tsatsu added that Chapter 53 of Isaiah in the Bible shows that Easter was not a time to go stranded, party, drink, get drunk and fornicate, but a spiritual time of reflection and reconnection to God.

Christians should reconsider the death of Christ, its significance, and treat their religious occasion more than just a moment of jubilation and rejoicing, but observe such an occasion in keeping with biblical principles. The fact that Easter is the commemoration of the death and resurrection of Jesus Christ makes it a time to celebrate, to no longer mourn over his death, but the celebration must be done with the awareness of being a Christian.

Pastors must constantly instill discipline in their members, in order to regulate their activities in accordance with their Christian faith during Easter and beyond.