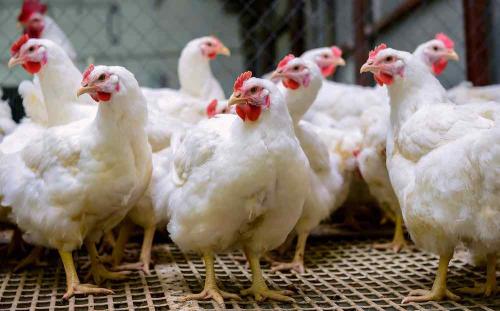 Who said the Wages and Hours Act was boring? Not us. We came across two pay and hour stories this year that are too awesome not to share.

Like the New York Times reported Last January, the U.S. Department of Labor filed a retaliatory lawsuit against the owner of an auto repair shop in Peachtree City, Georgia, for throwing a mound of 91,500 “oil-soaked” cents into the driveway of a former employee as payment for his last salary. The employee called the DOL after his resignation in January 2021 to complain that the store had stiffened him on his last paycheck of $915. The store owner initially told the agency he would not pay the wages, but a few hours later delivered the mountain of coins (with a dry weight of about 572 pounds) in the employee’s driveway, along with a copy of their latest pay stub and a note. containing a swear word. DOLs court case— filed in the Northern District of Georgia — also accused the store owner of a host of other overtime and record-keeping violations.

In fairness to the store owner, the FLSA allows – and, indeed, requires—payment of wages “in cash or in negotiable instrument payable at par”, an issue addressed in our recent blog about cryptocurrency in payroll. (Even with Georgian lawwhich allows payment in “lawful money of the United States”.) But the problem here is the anti-retaliation provisionwhich makes it unlawful “to discharge or otherwise discriminate against an employee because that employee has filed a complaint or brought or caused to be brought a proceeding under [the FLSA].”

The store owner – who is representing himself in the lawsuit – filed a response in May noting that under Title 31 of the United States Code, “United States coins… are legal tender for all debts, public charges, taxes and royalties.” As such, he argues, “paying an employee in US currency, whatever its denomination…, cannot be considered retaliatory…”. We’ll see what Chief Justice Timothy C. Batten, Sr. does with this one. Earlier this month, he signed a programming order and the case will now enter the discovery phase.

Like the Washington Post reported this week, a Chick-fil-A in Henderson, North Carolina recently posted an ad looking for “volunteers” to work on its drive-thru. The problem? This is not paid work in the financial sense – successful applicants would rather “earn” five free entries per one-hour shift. In response to the community backlash, the restaurant – owned by a franchisee – noted that the opportunity was for people who “think it’s right for them”. (For his part, a spokesperson for Chick-fil-A said that “it was a program at a privately owned restaurant” and “[t]sound has not been endorsed by Chick-fil-A, Inc.”)

While the LSF allows individuals to volunteer for religious, charitable, civic, humanitarian or similar non-profit organizations without reflection or compensation, it is a non-starter in the private sector. Absent the exemption, drive-thru workers would be employees entitled to minimum wage and overtime protections under federal and state law. And as noted above, the FLSA requires wages to be paid in cash or a negotiable instrument payable at par, not in chicken sandwiches (or even deluxe or spicy chicken sandwiches). That said, RSA Section 3(m) allows an employer, in certain circumstances, to count the reasonable cost of a meal provided to an employee as a credit towards minimum wage.

Clutter-free home products that will maximize your small space