Fantastic Beasts: The Secrets of Dumbledore (12A, 142 mins)

Here is a strange thing. A gangland thriller set in 1956 Chicago, The Outfit stars two titans of the British scene in Sir Mark Rylance and Sir Simon Russell Beale, but as it drags on it looks more and more like a second-in-command piece. an order almost worthy of a little provincial. directory company.

It’s a shame, because it starts in an extremely promising way. Rylance plays a mild-mannered English tailor – although he prefers ‘cutter’ – who trained in Savile Row and once had his own business in London.

He moved to the United States, he explains, because the “blue jeans” were taking over his native country. Why would he have set foot in the house of blue jeans, no one asks. 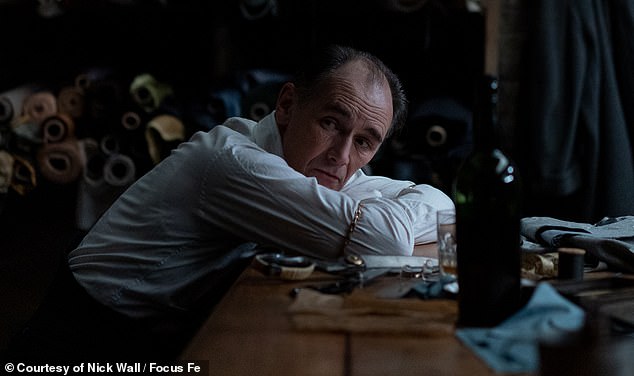 His name is Leonard Burling, although his ruder customers call him “English.”

The opening scenes, as he meticulously begins to make a costume in his shop’s editing room, are as compelling as the equally prosaic start to Steven Spielberg’s 2015 film Bridge Of Spies, in which Rylance, as as Russian spy Rudolf Abel, indulged in his monotonous domestic routine.

As in Bridge Of Spies, there is more to this man than meets the eye. But what jumps out at first glance is the most satisfying part of the picture. Much like Sir Daniel Day-Lewis in Phantom Thread (2017), set around the same time, Rylance is utterly compelling as a man defined by the fine clothes he dresses others in.

David Lean has made so many great films that it’s impossible to single out a masterpiece, but this one, starring Alec Guinness and John Mills, is a contender.

A voiceover further sheds light on his total dedication to his craft. Always cut the costume not only according to the fabric, but also to the character. “Is he a man comfortable in his position or does he aspire to greater things?”

So far, so good. Writer-director Graham Moore, who won the Academy Award for Best Adapted Screenplay for The Imitation Game (2014) and is making his directorial debut here, seems to have his subject under control. We feel that, like English customers, we are in good hands.

But that starts to change as soon as a movie about a tailor becomes a movie about gangsters, dependent on some half-heartedly unconvincing B-movie dialogue: “You’ll never be number one!”

English’s first client upon arriving in Chicago was Roy Boyle (Beale), the boss of the local Irish mob. Now Boyle’s brash son, Richie (Dylan O’Brien) and more capable lieutenant, Francis (Johnny Flynn), use the shop not only to get costumes fitted, but also to make illegal deposits.

Also, Richie’s girlfriend is English’s loyal assistant, Mable (Zoey Deutch). So the English are mixed up in the underworld, whether they like it or not. Yet he rises above, remaining courteous and deferential.

But the heat becomes more intense one night when Richie staggers, hit by a bullet in the stomach. There’s a rat in the organization, responsible for an ambush of the rival LaFontaine family, and also a listening device, planted by the FBI. Who could be the rat? Is English involved?

The twists get sillier and the dialogue grittier as The Outfit grinds to its unlikely end without ever leaving the shop, compounding the scenic feel. Ultimately, the effortlessly ambiguous title might be the least clunky thing about a movie that starts out beautifully but plays out like, well, a cheap costume.

In contrast, Fantastic Beasts: The Secrets Of Dumbledore, which I looked at in more detail earlier this week, starts out slow but picks up steam. It’s the third film in the Harry Potter spin-off series, all directed by David Yates, and it marks a return to form after 2018’s disappointing Crimes of Grindelwald.

Note that if you haven’t seen the first two movies, you’ll be wading like a niffler through a barrel of bowtruckles (and that analogy will be lost on you, too). 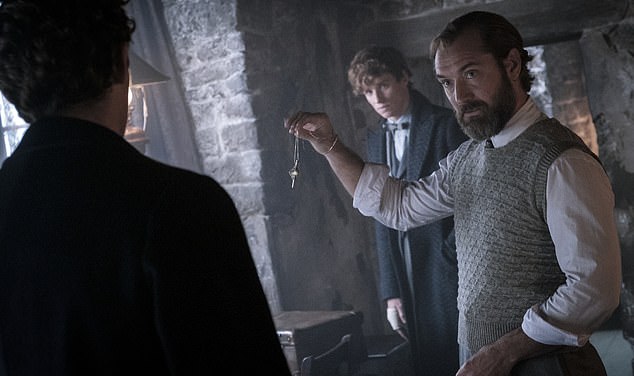 In contrast, Fantastic Beasts: The Secrets Of Dumbledore, which I looked at in more detail earlier this week, starts slowly but picks up steam.

Dumbledore, along with our hero Newt Scamander (Eddie Redmayne), must stop Grindelwald from being named leader of the International Confederation of Wizards, a campaign that, as always, takes two hours to complete.

But there’s plenty to enjoy – especially a scene in which Newt rescues his brother Theseus (Callum Turner) from prison, which alone is worth the admission money – and a clever fusion of Rowling’s fantasy world with our own. , as Grindelwald woos the masses in 1930s Germany, like Hitler with a wand.

The creators of Navalny (12A, 98 mins), a riveting documentary about now-imprisoned Russian opposition leader Alexei Navalny, couldn’t have known when they embarked on the project just how big it was going to be. news.

But with Navalny’s nemesis Vladimir Putin ordering more and more atrocities every day, this film feels like a harrowing glimpse into what could have been and what could still be. After all, few expected Nelson Mandela, when he was a prisoner on Robben Island, to become President of South Africa.

Unfortunately, the omens in this case remain decidedly bleak for a man who once survived an assassination attempt by poison. Canadian director Daniel Roher’s film recounts this extraordinary episode and shows how far Putin is willing to go to face his critics at home. . . one contributor, speaking of the Moscow institute where the Novichok poison is made, describes “a domestic assassination machine on an industrial scale”.

That said, it’s not hard to see why Putin was so worried about Navalny, a man of movie star looks, thunderous charisma, family magazine coverage and rock-solid confidence. Whether he’s also a nice man may be debatable, but it’s certainly a political career not worth stifling.

Another documentary, Julia (12A, 95 min), tells the turbulent story of Julia Child, the six-foot-tall food writer and presenter who was in the United States what her near-contemporaries Elizabeth David and Fanny Cradock, combined with a touches of Delia Smith and a pinch of Nigella Lawson, were in the UK.

I’m told our very own Sarah Lancashire is brilliant as a child in a current TV drama, also called Julia. I can’t wait to watch it, especially after eating last summer at La Couronne, the venerable restaurant in Rouen where Child first tasted real French cuisine and declared herself forever changed.

In the meantime, this film is the perfect companion, documenting her life chronologically with the help of those who knew her, along with plenty of enjoyable archival footage and plenty of clips of Child herself, who once blew up, in her haughty patrician accent: ‘I find that if people don’t care about food, I don’t care much about them.

Julia is now in select cinemas, Navalny from next Tuesday.