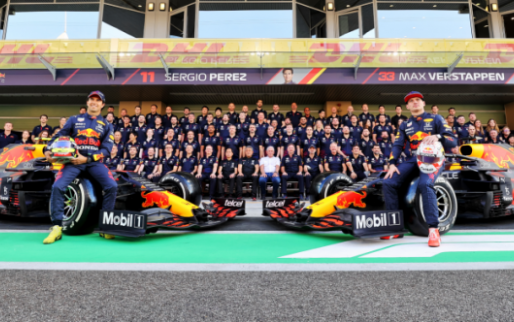 The Formula 1 season has been over for a few weeks now, so it’s time to take a look at the teams and drivers. This article is about the big winner of the season: Red Bull Racing.

The Austrian racing team have worked hard in recent years to compete with Mercedes. In the past three seasons, however, there has never been a serious battle – until last season. In the season opener in Bahrain, Red Bull had already made a good impression with the general public, and the team continued in excellent form throughout the following months.

Verstappen and Hamilton surprise: “The greatest in F1 history”

It wasn’t just Red Bull that was convincing, Max Verstappen also showed he was ready to fight for the world title. Contestant Lewis Hamilton tried to throw him off balance several times throughout the season, but each time he kept his cool and decided to stay calm. This allowed him to fight for the title until the last race, while Mercedes had the best car after the summer.

With Hamilton winning races in Brazil, Qatar and Saudi Arabia, Mercedes headed to Abu Dhabi with a mental advantage. However, Red Bull and Verstappen managed to keep a cool head even in this race, in which the Dutchman stayed in second place for a long time. In the final round, Red Bull was rewarded by winning the world championship.

While Red Bull had hoped Sergio Perez would be able to compete with Verstappen ahead of the season, this turned out to be a mistake. The Dutchman reached such a high level of performance last year that it was impossible for Perez to make things difficult for his teammate. The Mexican was only better once in qualifying and in the race on Sunday, he struggled even more.

For years Verstappen has talked about winning a world title, but until 2021 it remained a dream for him. Last year he realized he had a chance to beat Hamilton. However, it remained to be seen how Verstappen would cope with the pressure to perform and how close the qualities of Hamilton and Verstappen were.

The two pilots seemed very close and a fierce battle was brewing. Hamilton seemed to have the advantage due to his experience in a title fight, but Verstappen seemed to care little. The Red Bull rider remained relaxed on the track and decided to put little pressure on himself. With his realism, he showed his fellow pilots that it was important to stay calm.

Although Verstappen’s tension was also palpable in the last race in Abu Dhabi, he did exactly what he had to do on the track. Verstappen patiently waited for his chance and didn’t do it in vain, as he managed to pass Hamilton one lap before the end of the race. Verstappen is therefore entering the new year as a full-fledged world champion.

Red Bull have struggled in recent years to find the perfect teammate for Verstappen. Where Pierre Gasly and Alexander Albon have proven not to be good enough in recent seasons, the team have tried with Perez this season. The Mexican rider has done well in the past, but at Red Bull he has also been able to match Verstappen’s qualities.

Perez’s season has been volatile. While he showed a good level in Azerbaijan, he failed to qualify in the top ten in the other races. As a result, Verstappen couldn’t rely on his teammate for much of the race, which was a major setback for him in the championship.

In the final race, Perez made up for it by pushing Hamilton back for long stretches, allowing the Dutchman to come close to his rival. Red Bull will no doubt hope this action will give them the confidence to come back stronger after the winter break. If Perez does not, it cannot be ruled out that the team will opt for a different driver again in 2023.