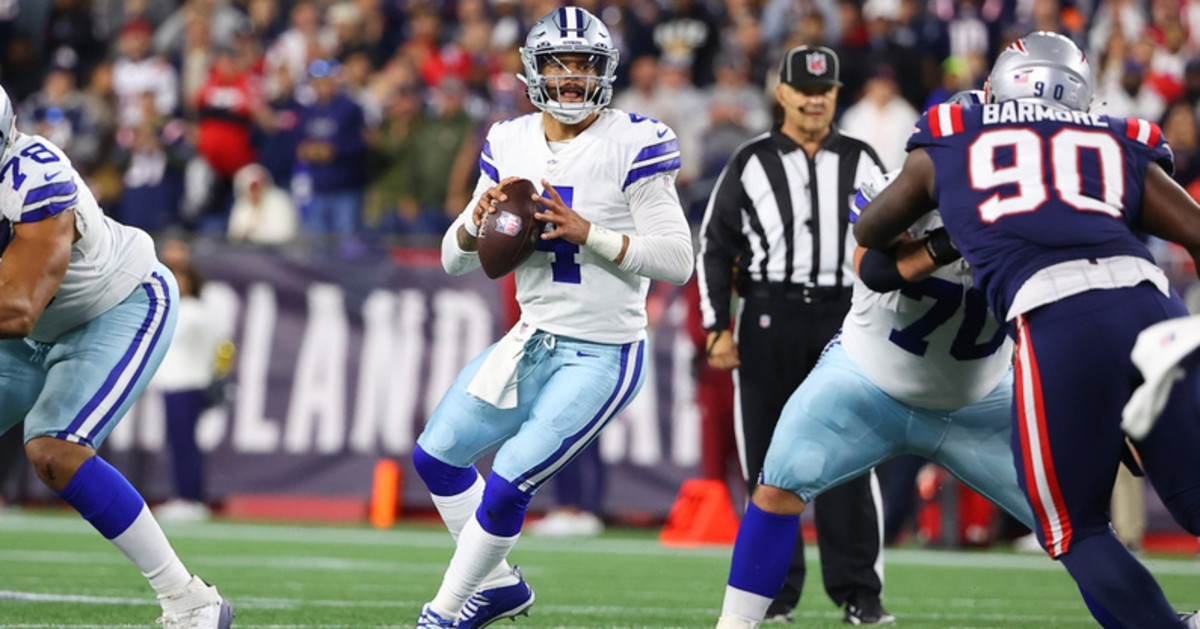 But it’s a former Patriots player who uses the word.

And he’s not targeting “Team America”.

“I’m really upset with what’s going on,” former cornerback Ty Law said via MassLive.com. “Because you don’t let people come in and step on you, throw the ball like that when they want to.” I mean, it’s shameful.

All in all, of course, Prescott won a Player of the Week award thanks to his performance, which was far from perfect, as he admitted … but which also included a trio of TD passing (for the fourth straight week, a Dallas franchise record) and 445 passing yards (the most ever allowed by a Patriots team coached by Belichick).

In an appearance on Tuesday, former Patriots cornerback Ty Law tore up the way the New England defense played against Dallas.

“You have to have guys in the back who can step in and make plays,” Law said, and he’s right – because that’s what Dallas has shown he has, what a gripping cornerback Trevon Diggs a seventh interception at the top of the NFL and turning it over for a TD against New England.

The Patriots allowed 576 total attacking yards in that game, but at the start of Week 6, they had allowed an average of 18.4 points per game. And this weekend? While the NFC East Cowboys are in “Tony Romo Watch Out” mode and enjoy their week off, the Patriots play this Sunday against the humble New York Jets …

Where a loss would redefine Ty Law’s idea of ​​”shameful”.