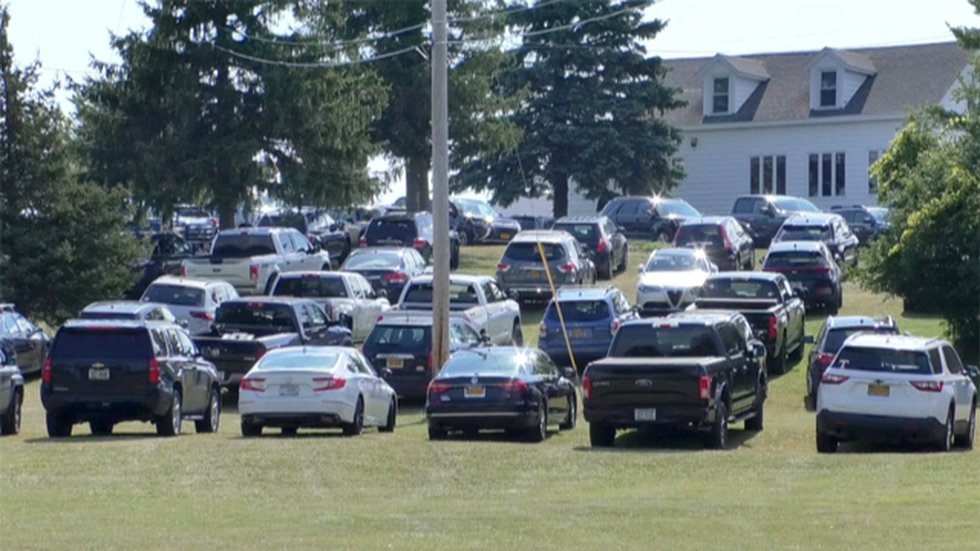 WATERTOWN, N.Y. (WWNY) — The owner of Watertown Golf Club said Wednesday he was “evaluating all of our options,” after the city council voted to eliminate a parking lot used by club members for decades.

Majority owner Mike Lundy didn’t elaborate on what those options are on Wednesday, but in a Feb. 8 interview with 7 Newshe suggested the club could close and the ground be landscaped.

“So we have 63 acres which is probably one of the nicest spots in the whole community. There are many other uses that would be useful,” he said on February 8.

It’s also likely that Lundy is considering at least one legal action against the city for Tuesday night’s vote.

The parking area in question is a gravel and grass area just west of the Thompson Park Golf Club. It was used as an “overflow car park” by the club for decades, even though it is owned by the city.

City officials insist this is a public parking lot, open to anyone using Thompson Park.

“We do not have the right to allow a commercial company to use this park to park for commercial purposes. We never had permission to do that,” council member Cliff Olney said at Tuesday night’s meeting.

“But it was allowed and it was known, and people know it and covered it up,” he said.

“We call it a public car park, and yet we don’t offer disabled spaces for it,” she said.

But Mayor Jeff Smith argued that there are other public parking lots in the city similar to the area near the golf course – as an example he cited parking on the grass in front of the baseball field from the Duffy Fairgrounds.

He also questioned whether the parking area was an unfair advantage over public downtown parking, which people can use to go to restaurants and bars.

And Smith criticized what he called “wild accusations”.

“A lot of people use this car park that have nothing to do with the golf course. People park there and use the park for their enjoyment,” he said.

“You’re going to take those people who park there, and now you’re going to put those cars on the street, which will be less safe.”

The council also voted to carry out a survey of the land where the parking area was and where a fuel storage tank was located, to determine if the area had been polluted.

Reviews: Review of “The Man Who Sold His Skin” by Kaouther Ben Hania