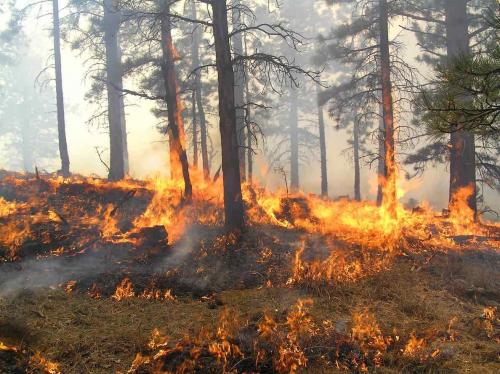 How to Successfully Prepare, Submit and Negotiate the Claim

Previous articles in this series have discussed insurance coverage issues that relate directly to wildfire claims, but we have not yet covered how to proceed after a loss. In this article in the blog’s wildfire insurance coverage series, we discuss insurance claim preparation, submission, and negotiation.

Preparation of a claim

Since different policies provide for different time limits, where possible, it is advisable to submit the claim as soon as reasonably possible. Insurers generally cite late submission as a reason for denial, with jurisdictions varying as to the significance of “late” submission.

Insurers have the right to obtain reasonable documentation of a claim before paying. Often they will refuse to consider a claim on its merits until such documentation is provided. The policy will specify whether to submit a hard copy or file online, but in all cases it is advisable to keep a copy online or in a remote geographical location.

The level of detail required will depend on the insurer. Provide as much information as possible when submitting the claim, including details of destroyed or damaged items (photos and videos are helpful), estimates and other documentation.

While some add-on can be expected, the back and forth associated with repeated requests from insurers for more information can, unfortunately, be time-consuming. The sooner the insurer has the information it really needs, the sooner the policyholder will be able to resolve the claim and obtain payment. In some situations, the insurer may be willing to stagger payments, when they have enough information while the insured collects additional information for other areas.

While the insurance company must comply with its defined obligations, claims resolution is a negotiation. Everywhere, credibility is of vital importance to obtain the best possible settlement, so the policyholder should only claim what he is reasonably entitled to.

Policies may contain a “proof of claim” clause, which requires the policyholder to submit detailed information in a form they attest to within a specified number of days after the event giving rise to the claim. Some insurance companies argue that this is a prerequisite for any coverage claim and jurisdictions vary on the viability of this argument. In California, an insured has 60 days to submit proof of loss, and insofar as there is concern that this deadline cannot be met (as is often the case with wildfire claims), requests to the insurer to extend the deadline are systematically granted.

California subscribes to what is known as the “prejudice to notice” rule, with the Supreme Court ruling that while the insurer can assert defenses based on a breach of a policy term, “ the breach cannot be a valid defense unless the insurer has been materially prejudiced thereby.[1] This principle was addressed in the context of the Wildfire Station in Southern California, where the failure of policyholders to submit the required forms within the specified time frame would have impaired the insurer’s ability to investigate damages. by smoke and soot.[2] The court dismissed the insurer’s motion for summary judgment, finding that he had suffered no prejudice since the insured had cooperated with him and the insurer had had the opportunity to carry out its own tests.

Insurers say they want to be a partner in the process and often are. Insureds should assume the best of intentions and give insurers a chance to do the right thing, but should not confuse their friendliness with an insured’s best interest at heart (notwithstanding the requirement that insurers place interests of the insured before theirs).

Claims adjusters will try to help, but even the best are dealing with thousands of claims from individuals and businesses facing the same devastating situation. It can be blurry for them too, so it’s a good idea to take careful notes of every communication and/or communicate in writing via email or letter to keep a record rather than relying on phone calls. To build and sustain the relationship with the adjuster, the policyholder is best served by showing empathy and treating adjusters with respect, understanding the number of claims they handle. Respond to reasonable requests for information as quickly as possible.

Some actions cannot wait. Businesses will want to get back up and running by hiring contractors and starting repairs or rebuilding. Insurers will usually understand and reimburse as required by the policy.

But when it comes to non-immediate actions, it is desirable to give insurers a reasonable opportunity to participate in the process. It’s more than just a matter of courtesy, partnership or strategies; many policies state that the insured must seek approval from the insurer to repair or replace anything. And if the policyholder does not attempt to obtain the insurer’s prior agreement, the latter may refuse to pay the expenses incurred “voluntarily”.

Reading of the insurer’s hedging position

Once the insured has submitted the claim, the insurer will usually provide an acknowledgment of receipt of the claim. Shortly thereafter, the insurer will provide a longer response identifying any additional information it needs to further assess the claim and/or its position on whether the claim is covered. Read this communication carefully. What does the insurer agree to pay and what does it refuse? Will it prepay agreed claims while other matters are being discussed/investigated? Does this leave the door open for additional payment upon receipt of more information?

The policyholder should endeavor to provide as much of the requested information as reasonably possible. That said, some insurers may ask for more information than they legitimately need. It is advisable to try to reach out to discuss these requests and the associated compliance burdens. All communications and agreements must be confirmed in writing.

At some point in the claims process, the adjuster will make an offer. Sometimes this will fully compensate the policyholder for the loss. Other times the insurer will offer less, either because they forgot something or they need more details; when available, the requested information should be provided or an explanation should be provided as to why it is not available. And on other occasions, he may offer less, hoping the policyholder will take the value of the claim at his word, or accept the offer because the policyholder needs the money. Although this may seem inappropriate, recognize that this is part of the process for many insurers. As difficult as it may be, consider it a business negotiation, which it is for them. Acting out of anger can be counterproductive. Policyholder attorneys can be helpful in this process.

This is the seventh post in the blog’s series on wildfire insurance coverage.

*This post is an excerpt from an article written by Scott DeVries and Yosef Itkin that originally appeared in the Journal of Emerging Issues in Litigation published by Fastcase Full Court Press, Volume 2, Number 3 (Summer 2022), pp. 213-222 (a full list of all references is provided in the published version of the journal).