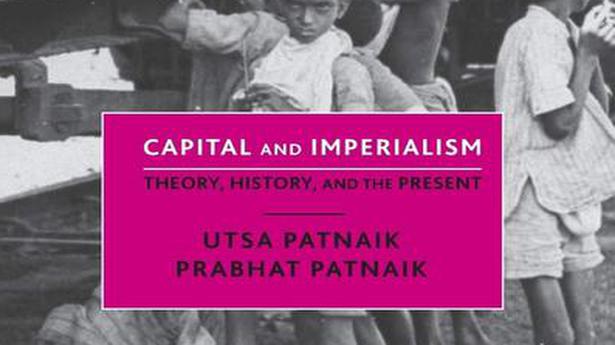 Two economists trace the march of capitalism, aided and abetted by colonialism, from the world wars to the advent of globalization and beyond

The Patnaiks are a duo of renowned scholars and distinguished professors from Jawaharlal Nehru University. More importantly, they have kept the fires of the left alive with their contributions over the years. Their book, A theory of imperialism, published in 2016 was provocative. It provided a framework for the emergence of imperialism and the causes of its persistence. The effort in this book was “to establish… a continuity between the colonial period and now, notwithstanding the fact that Third World countries are no longer ruled by foreign powers”.

Capital and imperialism adopts the same or similar economic logic or matrix, but seeks to extend the scope to cover a longer historical horizon. They divide the years into five periods, as shown in Chapter 6. The first is the colonial period before World War I. The second is the interwar period. Then comes the post-Second World War, “the golden age of capitalism”. The fourth encompasses the era of globalization. The last concerns the last few years, which also mark the impasse of globalization. During this period, they recount the march of capitalism, aided or abetted by imperialism. If they consider that there is an unchanging relationship between the metropolis and the periphery, they sometimes modify the matrix to prove continuity.

Unlike capitalist economists and even Karl Marx, the authors argue that capitalism is not a closed system. It is an open and constantly expanding system that needs a pre-capitalist periphery to support it with the supply of primary products. Their supplies are neither elastic nor inexhaustible. There will be substantial price increases and inflation that can only be reduced by deflationary policies. Moreover, capitalism needs a special framework as described in Chapter 4. There are other requirements such as keeping the economy open to trade, freedom of capital, pursuit of deflationary policies, etc. ‘, which implies the subjugation of the periphery. Although in recent years, some of the constituents governing their relationship, such as reliance on primary commodities, metropolitan reach, etc. weakened, the authors argue: “It continues to be essential for capitalism, not just as a legacy of their past. but also as a requirement for the present.

The Patnaik do not agree that capitalism has changed, as well as its role and its modes of functioning or exploitation. In recent years, many left-wing writers have taken a soft view and argue that imperialism has lost its relevance. Prabhat Patnaik himself lamented this in a previous article. (“What happened to imperialism?”, Monthly review, November 1990.) It is also mentioned in this book, because it asserts that capitalism has not changed and must be fought by a coalition of peasants and workers. His fear is that such ideological retreat will strengthen right-wing forces, for example fascism, in the Global South. The authors advocate vigilance and assert that “while the content of this relationship has remained unchanged, the form of it has changed over time”. This book is an attempt to keep the debate on imperialism alive. How do they do?

The introductory chapters postulate an approach to money or wealth that is specific to capitalism. He is rigorous and knowledgeable. However, its importance fades as they move on to other aspects of capitalism. The framework of capitalism, as previously described, falls back on a previous history and seems frozen in time. Not to mention the rise of the Asian tigers, India and China, nor with the changing structures of trade flows, the rise of supply chains and, finally, the emergence of free trade agreements. multilateral and bilateral exchange. Their argument does not capture the dynamics or complexity of the current trade.

The analysis of colonialism before the First World War is an in-depth study of the exploitation (drainage) of India by Great Britain. The modality was to intercept all external revenues and pay the equivalent in rupees to the producers/exporters from the taxes levied in India. The account of the “colonial transfers” (chapter 10) is meticulous and offers an estimated value until 1947 of 1,950 billion dollars. More distressingly, they offer an account of the Great Famine in Bengal which was caused by “the extreme compression of mass demand to increase forced savings” to fight the war.

This critic has doubts about the role of imperialism in the post-war years, as the book recounts. If the Patnaiks had abandoned the straitjacket approach and applied the principles of realist schools and conflict resolution, they would have arrived at different perceptions of imperialism. Even the stubborn IMF/World Bank have had to change the conditionalities of their loans under pressure from developing countries. The IMF no longer swears by “austerity” or “budget deficits”. These changes are due to changes in power structures and the declining power of the United States as well as the rise of the South, particularly India and China. Although I may disagree with them on some of their arguments, that does not take away from the fact that the book is a scholarly contribution to imperialism and its far-reaching scope.

The critic writes on economic and strategic issues.