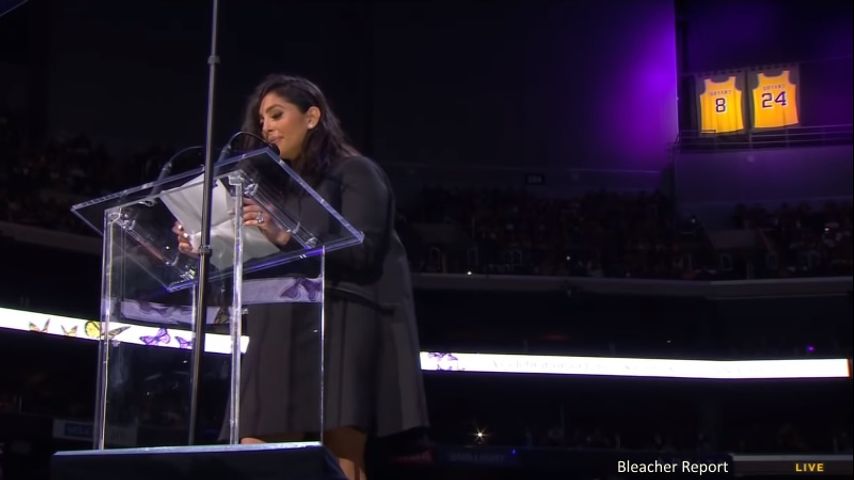 LOS ANGELES, Calif .– Vanessa Bryant, the wife of late basketball star Kobe Bryant, is part of a group suing Los Angeles County for leaking photos of their deceased loved ones who were killed in a helicopter crash on January 26, 2020 and now LA County is requiring the group to undergo psychiatric exams before the case goes to trial.

According to CNN, court documents reveal that Los Angeles County filed a petition in court on Friday arguing that independent medical examinations are necessary because their results would determine whether the emotional distress suffered by Bryant and others. was caused by the leaked photos or the helicopter crash itself.

Vanessa Bryant’s lawsuit claims photos of the January 2020 crash were shared by county firefighters and sheriff’s department employees in inappropriate circumstances, such as at a bar.

The LA County maintains that “Bryant’s serious emotional and mental injuries were not caused by the behavior of the defendants, but rather by the tragic helicopter crash and the resulting deaths of their loved ones,” according to the court record.

The county goes on to say that the plaintiffs are seeking “tens of millions of dollars to compensate them for their alleged mental and emotional injuries,” and it says medical examinations would help assess “the existence, extent and cause” of their “presumptions” of harm. “

“It doesn’t take an expert – and it certainly doesn’t take an involuntary eight-hour psychiatric examination – for a jury to assess the nature and extent of the emotional distress caused by the accused’s misconduct,” said his lawyers.

A hearing on this particular case is scheduled to take place on November 5 and the trial will begin in February 2022.