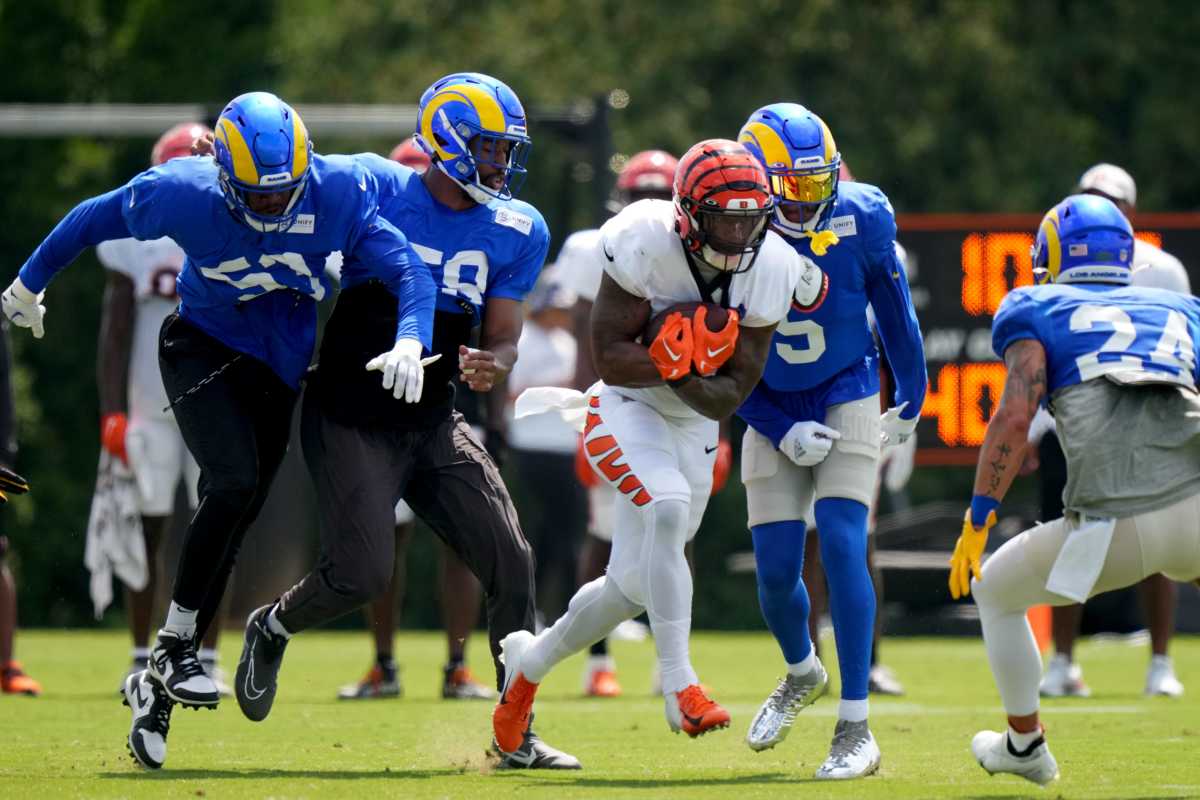 The LA Rams will face the Cincinnati Bengals on Saturday in the final regular season tune-up for both teams.

It’s a Super Bowl rematch in colors and team names only, as many of the players who take to the court on Saturday won’t be around in a few days.

This is the final evaluation for the Rams to determine which young players will remain on the roster after Tuesday as the organization tries to defend its championship.

Quarterback Matthew Stafford, who underwent elbow surgery this offseason, will be sidelined. In LA’s Game 2 loss to the Houston Texans, Rams quarterback John Wolford played the first half and Bryce Perkins played the second half.

The many prospects on the Rams’ roster are trying to earn their spot before Tuesday, Aug. 30, when each NFL team must whittle its roster down to a maximum of 53 players. Los Angeles’ 16-man practice squad will then begin to form.

Be sure to follow in-game updates as they happen with RamDigest.com.

Want the latest breaking news and insider information about the Rams? Click here

Want to participate in the discussion? Click here to become a member of the Ram Digest message board community today!

Rob Key: Wrapped up in the cozy world of cricket but still England’s hopeful figure | England vs South Africa 2022