Micro reviews for the week of 2/16/22 – Multiversity Comics

There’s a lot to cover on Wednesday. We should know that collectively we read an insane amount of comics. Even with a large review team, it’s hard to get to everything. With that in mind, we’re back with Wrapping Wednesday, where we take a look at some of the books we missed during what has been another great week of comics.

“Rain” #2 gives the audience the central plot of this tragic horror story, and it’s for the protagonist, Honeysuckle, to reach out to his girlfriend’s father to tell him about his daughter’s death and the his wife. While that might seem like a relatively minor point in the bigger picture, it’s the one thing Honeysuckle can focus on to make sense and stay a little sane. David H. Booher finds a way to balance a story of grieving for a partner’s life and the fear of this strange cloud of needles that begins to spread across the country. What helps this story stand out is that it is central and is the beginning of an apocalyptic event rather than the middle of one. The fact that the main characters are always watching the news and checking social media updates creates this dark, dark vibe that they’re almost trapped inside this tortured hell-like cage for no rhyme or reason. This issue also introduces another character who apparently will be joining our protagonist on his journey who always stars in stories like this so the audience can get more of a perspective on the events that unfold.

Zoe Thorogood’s artwork suits this story which only focuses on the protagonist, as almost all of the panels don’t have much background and keep the reader in the loop of what’s going on. In comparison, the story itself fits the horror/sci-fi genre, its main focal point being Honeysuckle’s emotional journey. One scene in particular that mixes the two is when she walks into town, and the double-page spread shows the aftermath of the needles and how they’ve killed people in their daily lives. The realization that strikes Honeysuckle is that while her pain is valid, there is a city of people who also lost their lives along with people who may be looking for them. Thorogood also has fun with the expressiveness of his characters by not fearing emotions and showing fear with wide eyes or even fear as one of the cult members who doesn’t know if they will kill her. or take it. living. There are times when the panel’s point of view is far away, and their faces either fall into shadows or switch entirely to a more generic look, like when that same cult member mentioned sees his friend getting stabbed, his face changes which may shock the reader just as much.

Final Verdict: 7.5 – The main story focused on the arrival of a new character, but the pacing is still a bit slow, which may not be for everyone. 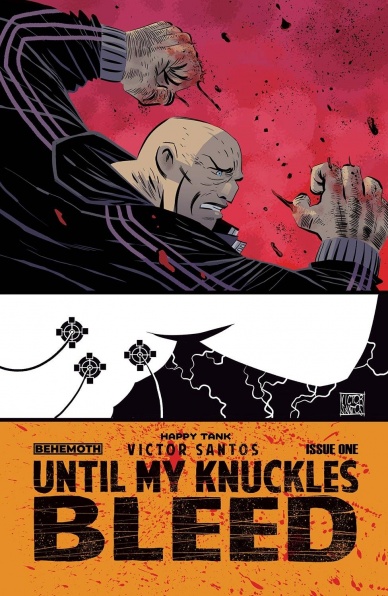 Until my knuckles bleed #1
Written, illustrated, colored and lettered by Victor Santos
Reviewed by Quinn Tassin

“Until My Knuckles Bleed” #1 is far more triumphant in its ability to set a mood than in its ability to communicate a theme. Visually, it’s Darwyn Cooke via David Fincher. The pencils have a timeless quality, using a cartoonish style, a simple yet incredibly effective character design, and numerous silhouettes. But instead of the bright colors often associated with such a design choice, Santos bathes the art in a muted palette and lots of shadows. This is a comic responding to the 90s comic book industry and it does a great job of imparting a kind of layover gritty.

This visual language raises an otherwise unequal first problem. On the one hand, the unease and aimlessness of the protagonist, a man once known as the Damager who now works as a bouncer at a strip club, is strong. It is interesting to see the life of a superhero thirty years after his last appearance. The angle that Santos takes – that being a hero in the 90s was like being a soldier and how that messed you up makes it hard to leave behind – is really interesting. It is evocative of The Hurt Locker and it works well as the emotional core for the story.

On the other hand, you have a bit too much metatextual commentary on media in general. It’s a comic that takes itself seriously enough that comments on streaming and reboots of this world’s superhero history don’t quite land. There’s a certain humor that needs to be there for things like that to work that you can’t really find anywhere in “Until My Knuckles Bleed” #1. The comic book signature in the last pages of the issue strikes a good balance. It’s a more natural extension of the tone of the story than some of the other comments.

The other problem is where we left off. The tease of what’s to come – being recruited by the government to compete in what Damager sees as a potential grand finale – is excellent. But it feels like more is needed. You can see why the status quo is unsatisfactory, but there has to be a little more to understand why it’s lacing up once again. There can’t be something that pushes the protagonist out of the status quo, we have to see what pulls him. Whether it’s a flashback to a time when he knew what his goal was or a clearer idea of ​​what he needed, the number just needs a little more than it needs. makes its readers feel like a complete primer.

Final Verdict: 7.9- An intriguing and visually striking response to the infamous extreme comics of the 90s. 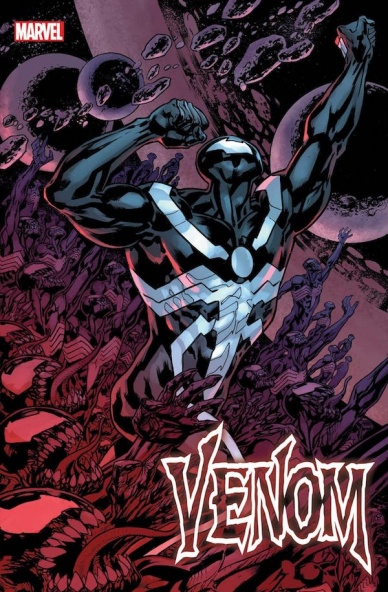 When Marvel creators tell Venom-centric stories, they tend to focus on Eddie Brock’s violent nature. Writers Al Ewing, Ram V, and artist Bryan Hitch finally showed readers that “Venom” isn’t just about Brock battling other symbiotes. “Venom” #5 features a script by Ewing that officially starts paying off the plot threads from the very first chapters. Ewing also puts more emphasis on some of the sci-fi elements of the title that linger below the surface. To put it simply, “Venom” #5 expands the character’s scope so broadly that other creators are going to be able to tell better “Venom” stories.

Over the past two years, artist Bryan Hitch has streamlined his art to make it simpler. “Venom” is the evolution of Hitch’s work with Robert Venditti on “Hawkman”, as Hitch takes simpler hero elements and merges them with other planets and alien species! Hitch is a solid performer even when the script needs to slow down and focus on character work. The new character Meridius is characterized here through his expressions. Hitch navigates a careful balance to make this character emote while still looking ominous. The designs behind the symbiotes and the other planets are also stunning to look at.

In “Venom” #5, Ewing finally peaks behind the curtain and shows readers the basics of new villain Meridius. Ewing expands on the lore of the “Venom” property to explore where Meridius fits into the larger scope of the series. The most exciting part of “Venom” #5 is the story ending that will have readers reinterpreting previous issues. Ewing drops the focus on Dylan and Eddie almost completely on this title to give Meridius and the new cast of characters a stronger personality.

“Venom” #5 continues the trend of bringing a ton of suspense to the narrative. Readers expect something dark from the issue Ewing teases until something negative actually happens. Hitch’s art seems interested in bringing out the humanity of Meridius, which also helps the title stand out. The mysterious and despondent nature of “Venom” #5 is intoxicating. New villains from Ewing and Ram V bring even more tension than readers probably want for a title like this. If you want to see a model to show how Venom can be more than just a spin-off anti-hero, “Venom” #5 is for you!

Final Verdict: 9.0 – “Venom” #5 fleshes out the backstory of the symbiotes and new villain with an incredible amount of suspense.