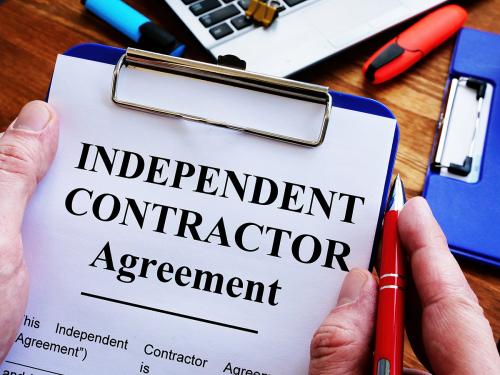 The U.S. Department of Labor (DOL) has announced plans to issue a new final rule regarding employee versus independent contractor testing under the Fair Labor Standards Act (FLSA). This announcement was made through a June 3, 2022 blog post by Jessica Looman, Acting Director of DOL’s Wage and Hour Division. The current independent contractor (IC) final rule, issued under the previous administration and due to come into effect in March 2021, was first delayed and then eventually withdrawn by the DOL in May 2021. However, in March 2022, a Texas federal court held that the DOL’s delay and withdrawal was unlawful and that the current final rule has been in effect since its original date of March 2021. The DOL recently appealed this decision, and the appeal is pending before the Court of Appeals of the United States for the fifth circuit.

Over the years, the courts and the DOL have developed similar, if somewhat different, standards for determining whether a person is an employee or an independent contractor, most focused on the “economic reality” of the relationship between the employer and the employer. individual. These standards flowed from six non-exclusive factors originally presented by the Supreme Court in two cases decided on the same day, United States v. Silk331 US 704 (1947), and Food Rutherford Corp. against McComb, 331 U.S. 722 (1947). The factors are:

Rather than treating analytical factors as unweighted or giving them equal weight, IC’s final rule elevates the comparative value of two “essential” factors: “the nature and degree of individual control over work” and “the individual’s ability to make a profit or loss.” Under IC’s final rule, where these two factors either support or contradict the existence of an independent contractor relationship, the courts are regularly based therein to check the determination. IC’s final rule states that these factors are the “most probative” and should therefore be “given more weight”. However, if these two factors are inconclusive , then three other factors must be taken into account: the skill or expertise required by the individual; the permanence of the relationship between the parties; and whether the work is “part of an integrated production unit”.

The current DOL concluded that the IC Final Rule’s assignment of greater weight to two of the factors was inconsistent with the purposes and text of the FLSA and sought, unsuccessfully, to have the rule removed. final. Now, by declaring that there “remains[s] committed to ensuring that employees are properly recognized when they are, in fact, employees so that they benefit from the protections provided by the RSA[,]» while « recognize[ing] the important role legitimate independent contractors play in our economy,” the DOL announced public forums in late June 2022 for employers and employees to express their views on the analysis of independent contractors, before the department proceeds to the formal rule-making process.

However, if the DOL were to eventually issue a new final rule, it would only apply to analysis under federal law and would not affect how states (for example, California) determine who qualifies as an independent contractor under their statutes. Additionally, just as with IC’s current final rule, a new final rule would not redefine who qualifies as an independent contractor under the Internal Revenue Code, the National Labor Relations Act, or other federal laws.