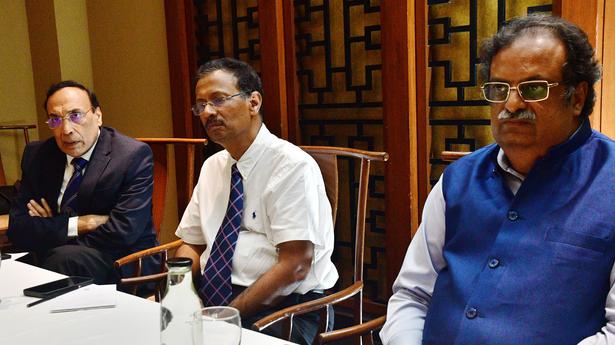 National Board of Examination plans to offer PG courses to 25,000 doctors by 2025

The National Examinations Board (NBE) plans to offer postgraduate medical courses to 25,000 students in 2025, chairman of the medical training body Abhijat Sheth said on Friday.

Speaking to reporters, he said the NBE, which serves 75% of private organizations and 25% of government organizations, currently offers courses to 12,300 students in a total of around 1,100 institutions. “While looking at the numbers, we want to make sure that the quality of education also needs to be targeted and strengthened to strengthen postgraduate medical education,” he said. Stating that available resources were “underutilized”, Dr Sheth said the country had adequate resources and infrastructure to meet the target. “We are not using our resources as efficiently as they should. We have two systems – private and government. Integrating the two medical systems for the purpose of medical education will definitely help us in the future,” he said. According to him, countries that have a fully matured system, although not free from problems, have a PG to UG ratio of 2:1 while we have a PG to UG of less than one. “So at least we’re aiming for a 1:1 ratio,” he said. “People may wonder why we need so many doctors. It’s not true. We need doctors… We can have full doctors in metros or big cities. But we need doctors in cities and tier two regions. Certainly, we must have original ideas to attract doctors to the regions,” said Dr Sheth. He said increasing the number of seats would also increase the number of professors who are most needed to train future doctors. Dr Sheth said that the NBE has already started working to bring public and private institutions together where a doctor can gain recognition in both the public institution and the private institution under the “Group Accreditation” program, which will be rolled out in December of this year. “Initially, it will be rolled out as a pilot project in limited institutions just to ensure that it is used effectively and the bottlenecks are understood,” he said. When asked if there was a move to merge NBE with the National Medical Commission, Dr Sheth said that “it can happen on some level because the philosophy is the same for PG medical education. At the moment, we think there are still complexities because the NMC is a new body. Once the system matures to this level, it can happen. That it can be better integrated for better use of resources,” said Dr Sheth, adding that an initial discussion had already taken place. Minu Bajpai, executive director of NBE, said PG seats have risen from 4,000 to 12,300 over the past six years, an increase of 200%. The Niti Ayog asked the NBE to overtake him due to the trajectory and the slope of the achievement. Group accreditation will allow PG doctors to train in hospitals with a good mix of cases, he said. S. Rajasekaran of Ganga Hospital, Coimbatore, who is also the President of the Association of Institutions Accredited by the National Board, said that nearly 85% of all surgical cases and 63% of all treatment performed in the country falls under the private sector, highlighting the vast resource base. .