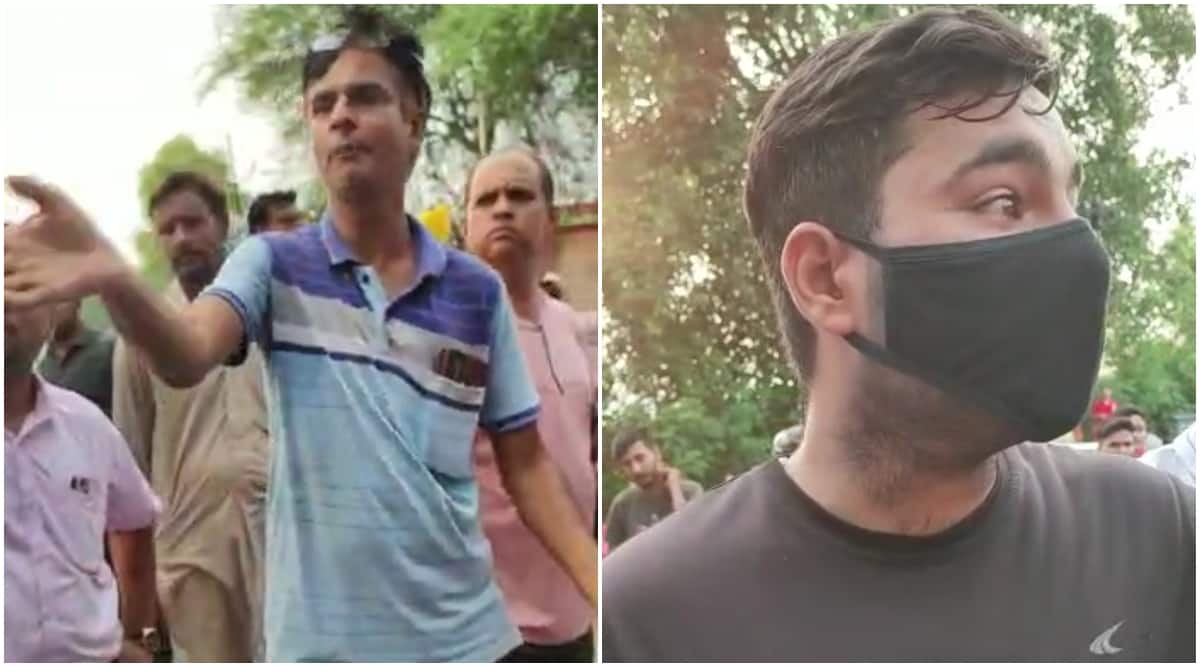 Students who sat for the National Eligibility Entrance Test (NEET) at an examination center in Sriganganagar district in Rajasthan on Sunday claimed they were forced to take the exam twice due to confusion in the questions.

The students said the Hindi and English student questionnaires were mistakenly swapped. An NTA official confirmed the confusion to this newspaper, but said students had more time to complete the document once the error was corrected. However, the superintendent of the test center in a factual report submitted on the incident on Sunday evening recommended retesting to the NTA.

The incident earlier in the day led to students and parents protesting outside the Army Government School, Sriganganagar, the examination centre.

“The exam started at 2 p.m. At around 4:30 p.m., two and a half hours after the start of the exam, people from the exam center came to tell us that we had been given the bilingual Hindi student questionnaire by mistake and that those studying in Hindi had received the questionnaire for English language students,” said Akshita Garg, one of the NEET aspirants.

Garg said test center officials first gave the students another quiz, but then said they will have to take the exam one more time.

“We asked the people at the exam center to inform our parents. Later they announced that we would not be allowed to take the questionnaire with us after the exam. We have been preparing for this review over the past two years. How is it fair that even after passing the exam, we are asked to do it again? Added Garg.

In the ensuing controversy, students and parents demonstrate in front of the examination center.

“The questionnaires have been taken away from the students and the children are extremely panicked by the incident,” said Jasleen Kaur, a faculty member at a coaching institute in Sriganganagar, who visited the scene.

Until late Sunday evening, officials from the district administration and local police were present at the examination center, trying to solve the problem.

Manoj Kumar Meena, SDO Sriganganagar had reached the spot after the incident to maintain law and order following the controversy.

Late Sunday evening, in a factual report sent by the superintendent of the center, Raja Sharma, to observers of the NEET exam, it was recommended that the exam be held again for the army public school center , Sriganganagar.

“It was informed at the control room that some students are facing the issue of the booklets in English and we found out that the students who opted for Hindi media received the booklet in English. The issue was investigated and reported to the city coordinator, who, on instructions from the National Testing Agency, attempted to resolve the issue. Out of 936 students, there were 238 students, who opted for Hindi medium for the exam and the rest for English medium. A majority of students have been affected because of this issue,” the factual report states.

The report adds that as a result of the error, some booklets were also exchanged with photocopied OMR sheets.

“The instruction received by the city coordinator after consultation with the National Testing Agency, as they told me, was to exchange the question papers in Hindi and Middle English and restart the exam with photostat of OMR sheets. We spoke with students but the students refused to do so. He was briefed by the city coordinator,” the report said.

The report says that after some time, the superintendent of the center and other officials came to the conclusion that it was not possible to solve the problem.

“Around 5:20 p.m., when the exam was about to end, it was too late to solve the problem. After some time, the city coordinator called the National Screening Agency and informed them of the situation and that it could not be resolved. We were given the phone back and I explained that it was not possible to fix the problem and the exam had to be postponed. It is my recommendation that the review should be redone for center code 392501,” the center superintendent’s factual report states.