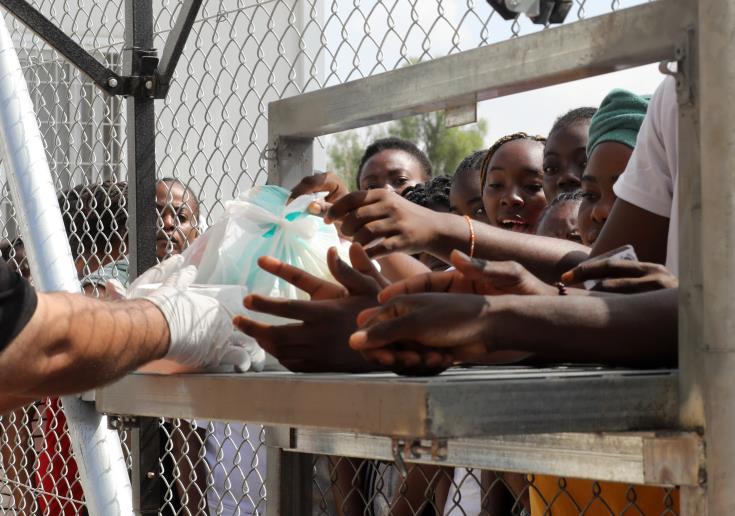 Gregori, who is visiting Cyprus, met with Interior Minister Nicos Nouris, with whom she discussed issues related to increased flows of immigrants arriving in Cyprus.

She noted that with the new mandate â€œwe will be able to continue to deploy staff to support Cyprus and be better equipped to meet the country’s needs, including through training and practical tools and advice.

â€œIt is clear that there is a real willingness of the ministry to work in partnership with EASO in order to better manage the pressures caused by the increase in arrivals and requests conforming to EU standards,â€ he said. she pointed out.

Gregori underlined that â€œour aim is to help Cyprus to make its asylum system more efficient so that it can take decisions more quickly, while ensuring that the procedure is fully in line with EU standards. This not only means a lower financial burden for public colters (for example through the digitization of procedures and streamlining of workflows), but also enables faster identification of those who do not deserve international protection, who are then likely to be returned to their country of origin â€.

She said she was very proud that in the first 5 months of the year EASO deployed 157 staff to Cyprus, who put in 7,502 work days to support the Cypriot authorities in asylum and reception: + 65% compared to the same period in 2020: 62% of EASO staff were deployed at first instance, EASO 2021 budget for Operation Cyprus: 8, 1 million euros.

Between January and the end of May 2021, EASO made 1,493 registrations out of 3,980 in Cyprus (almost 40%), she said, adding that 100% of all registrations supported by EASO were been screened for vulnerability.

â€œIt should be noted that in the first quarter of 2021, Cyprus rendered (by far) the highest number of first instance decisions since the current EU files started to be kept (2008), with 3,470 decisions . This of course reflects both the increase in arrivals in the country – but above all the reflection of a more efficient asylum system, â€she continued.

Additionally, she said that, as with many of our operations (eg Malta and Greece), â€œwe are very proud to have been able to go online / remote interviews with the COVID outbreak of the year. last â€.

She said that just before the meeting with the Minister, she visited the first reception center in Pournara, expressing her satisfaction with the cooperation established in the Pournara examination area and expressed her belief that outreach work and with a complementary approach to cases would be beneficial for both to achieve our common goal.

“As discussed with the Minister, we are also ready to further strengthen the Cypriot authorities with additional workflows and procedures, including reception training and coaching for staff, especially in view of the new security zone. in Pournara, â€she said.

In conclusion, she said that tomorrow she will visit in person the new accommodation center in Limnes and the reception and accommodation center in Kofinou, to see the progress of EASO’s operational support on the ground, â€œbut I must say that I am impressed with the overall progress that has been made by the EASO team and the Cypriot authorities working together â€.

In his statement, Minister Nouris said the talks have found common ground for the continuation and strengthening of the support EASO has been providing to Cyprus since 2014.

The Minister said that they had the opportunity to discuss the current situation in Cyprus and the continued pressures and disproportionate flows especially from Turkey and via the occupied areas and the Green Line.

These peculiarities of Cyprus and especially the fact that it remains illegally divided by a 180 km long ceasefire line, create unique conditions for the development of irregular migration, he stressed.

â€œThis is why EASO’s support is very important to us. In response to the increased pressures on Cyprus, EASO has extended and will further expand its technical and operational assistance, â€he underlined.

More specifically, he added, the Agency provides support to the Cypriot authorities to manage and reduce the backlog of asylum cases before the Asylum Service and the Administrative Tribunal for International Protection, on registration. requests for international protection, on improving reception conditions in reception centers. Centers as well as in the development of a national reception strategy in cooperation with the competent authorities.

The Minister said that the ratification by Parliament of the Headquarters Agreement between the Government of Cyprus and EASO has enabled the expansion of the EASO team in Cyprus and, consequently, the strengthening of support that ‘it brings to the Cypriot authorities, for which we are very grateful. .

Finally, he welcomed the political agreement reached by the Portuguese Presidency of the Council of the EU and the European Parliament, as well as the European Commission, on a new strengthened mandate which will re-establish the European Support Office in asylum as the European Union Agency for Asylum (EUAA).

â€œThe new EUAA mandate will translate into many benefits for faster and more flexible support to Member States in crisis situations,â€ he concluded.