The influx is evident from a boom in home construction, he said.

â€œOver the past 10 years we have seen a lot of growth in the residential market at the north end of the city,â€ Falkowski said.

â€œWeâ€™re expecting that 10 years from now, that number is going to keep increasing,â€ he said.

The same is underway now in Tipp City, Troy and West Milton, said Simmons, whoâ€™s also on the county zoning board.

New single-family homes are being built at Arden Place in Fairborn. MARSHALL GORBYSTAFF

Fairborn, east of Wright-Patt as Huber Heights is to the west, grew 6.7% by adding 2,158 residents.

â€œI think one of the reasons we see that kind of growth is our location,â€ City Manager Rob Anderson said â€“ not just proximity to WPAFB, but also access to Interstate 675 and I-70.

Elected officials have made it easier to build houses in the city, and more events are bringing people there, Anderson said. He expects more growth on the cityâ€™s east side.

The biggest population losses among area cities came in Dayton and Trotwood. Dayton lost 2.7% of its population, or 3,883; while Trotwood lost 5.6%, or 1,361. Riverside, Xenia and Miamisburg also lost several hundred people each.

Judy Dodge, Montgomery County Commission president, said the Dayton area took several blows in the last few years, such as the Oregon District shooting, the effects of COVID-19, and destruction of housing by the 2019 tornado.

The downtown core is rebounding with new apartments, restaurants and the renovated Dayton Arcade, she said. And the cityâ€™s population loss was offset by strong growth in smaller surrounding towns to the north and east. Thatâ€™s probably due to their easy access to I-70 and 75, Dodge said.

Trotwood Mayor Mary McDonald attributed her cityâ€™s population shifts to housing losses from the 2019 tornado that have not been replaced, and to the omission of hundreds of nursing home residents from the census count due to COVID-19 restrictions at the time.

Growth near Wright-Patt, however, was enough to boost Montgomery County as a whole to 0.4% growth.

City Manager Chris Pozzuto credited quality of life for families as a reason for growth. Springboro is among the top-ranked cities in Ohio based on low taxes and good city services, he said.

â€œ(Future) challenges are to maintain the best services we can and increase our tax base to maintain those services,â€ Pozzuto said. â€œThe same way we did through our major growth spurt in the 1990s.â€ 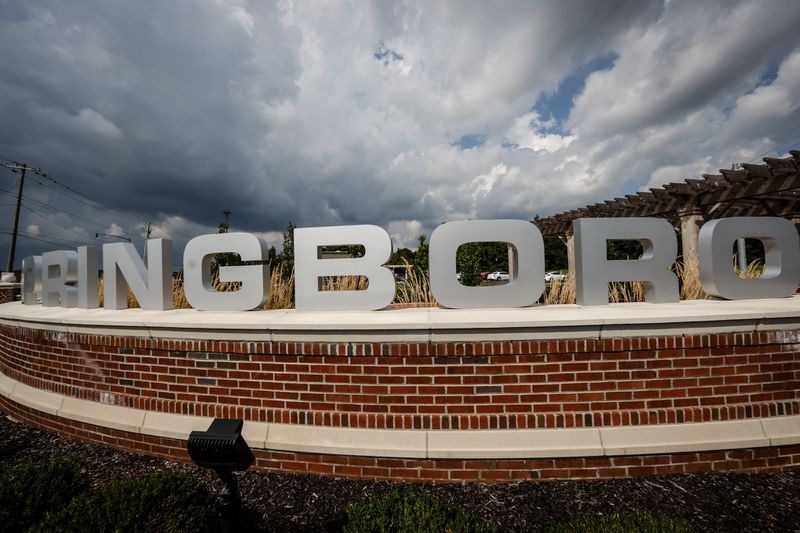 Springboro is growing, according to the 2020 census. JIM NOELKER/STAFF

The second-fastest growing county in the region was Butler County, with population growth of 6.0%, or 22,227 people. Residents 18 and over grew by 8.5%, nearly twice the rate of that group for Ohio as a whole, said county Development Director David Fehr. That indicates people are moving in for jobs: from Butler County, one member of a household can commute to Cincinnati while another drives to Dayton, he said.

Most of the decadeâ€™s growth has been suburban, but Hamilton has increased its downtown living options, he said.

Overall, the current surge of development has been paced much more manageably than growth in the 1990s, Fehr said. While new and expanded services are serving the increased population, it hasnâ€™t been a strain, he said.

Some places grew more than others from 2010 to 2020, but nowhere in the region could match the rate of Morrow.

â€œThis is primarily due to a large housing development, the Woodlands, in the southern part of the village,â€ Village Administrator Caroline Whitacre said in an email.

Morrow, founded as a railroad town on the Little Miami line, actually lost population during the previous census, she said. But that changed dramatically with the sale of a 400-acre farm to developers in 2004. Since then about 500 houses have gone up and another 300 are planned, Whitacre said.

â€œThe Woodlands has brought an influx of new families and new vitality into Morrow,â€ she said. â€œThe predominant comment I hear is that the new people in Morrow want to get away from the city bustle and want a less crowded and more peaceful lifestyle.â€

The former rail line is now part of the Little Miami Scenic Bike Trail. But the increased population, while increasing the tax base, also brought more traffic and greater demand for services, Whitacre said. As a result, the water system is getting a $2 million upgrade.

Class X results in Karnataka, a record 99.99% of students pass the exam