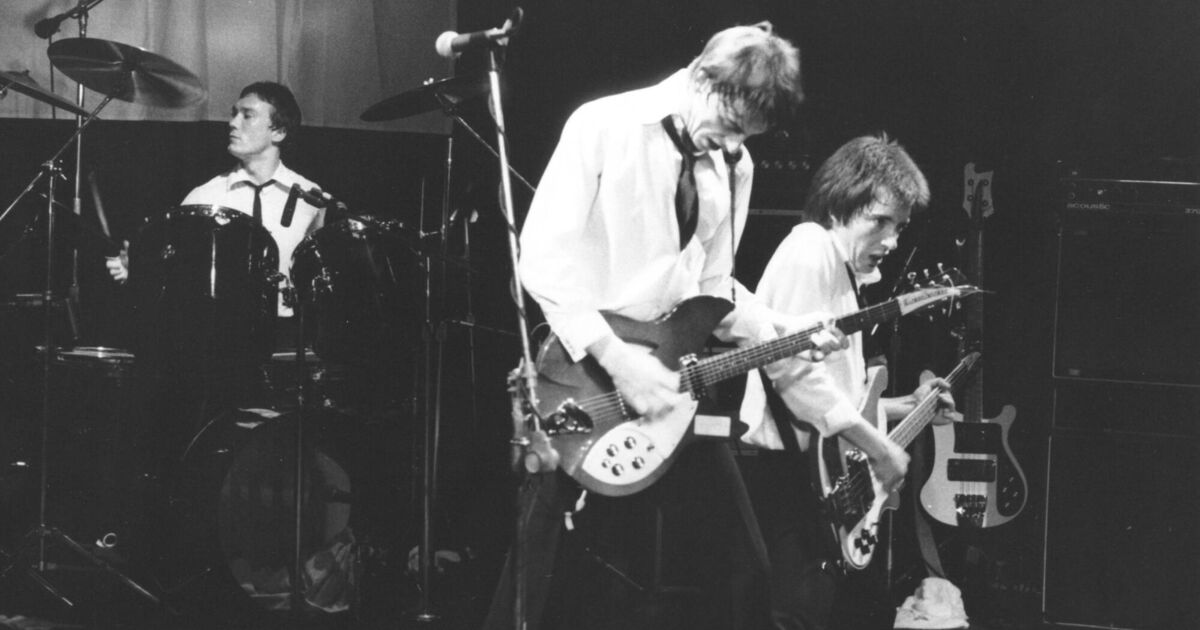 The Jam and a glorious era of scathing concert reviews

The art of scathing music criticism is dead. This Damascene revelation came to me as I lay in a Covid haze on the eve of what would have been my very first solo exhibition. Was it related, I wonder? If the show had taken place, would the tradition of the “scathing musical review” have been revived?

These thoughts came to mind when I read a truly loathsome review of a 1980 New York show by The Jam. “It might as well have been Deep Purple up there,” the reviewer said, Jim Farber. Even 40 years later, it hits hard.

I imagined The Jam themselves, on that long van ride from New York to their next gig, Newcastle, wouldn’t have taken it well. “Deep Purple, Paul!” Bruce Foxton reportedly said accusingly. “Deeply f**king Purple, Paul!”

However, if Bruce had continued to read, on this cold, dark and very wet 3,332 mile journey, he would have realized that Jim had other problems. First, he didn’t like the way they played the songs from the new Setting Sons album, an album that boasts Eton Rifles, Smithers Jones and Heatwave.

Reluctantly, however, he concluded that Setting Sons was an improvement over the “mindful, sonically flat All Mod Cons”. This album features David Watts, English Rose and Down in The Tube Station, a song he described live as “not worth sweating over”.

That was before he really got stuck with not only the Deep Purple comparison, but also, whisper it, with a quick mention of Rush. Yes, Rush. Bruce, if it helps with this deletion, I think you should deal with it, he just wasn’t interested in you. It wasn’t you, it was him.

It was, however, a crazy quality review. Wicked, personal, over the top, unhinged and hateful, of a type you rarely see in the press these days. Online, yes, in the comments section, but not so much in print. And strangely, while reading it, I kinda missed it.

There was a time when being in a band made you vulnerable to verbal attacks from some of the wittiest and most talented writers of our generation. A decade later, they would have gone straight to comedy or Chanel Four talk shows, but at the time, the music press was their only outlet.

The reviews were generally very funny and generally very true. I’ve mentioned before that I think it peaked with Shakatak’s criticism in the early 80s. An album by the ‘jazz-funk’ combo (everything you need to know) was dismissed with one word: ” Lack-Attack”, accredited at the time by “The Pacamak Backarach”. Lee Hazlewood’s album, Poet, Fool or Bum? has also been revised to one word: “Bum”. Bless their hearts.

Reviews like this don’t really happen anymore. There seems to be no middle ground between a “deep gush” or a 22-page “long read.” We’ve lost something here, something called perhaps true criticism.

Of course, it wasn’t all that fun being on the receiving end and Irish bands often were. A band I knew very well had just been roughed up when our paths crossed at the Hotel Colombia.

Since I hadn’t seen the review, I was trying to extract the gist of their singer. He kept repeating the phrase, “I can’t remember now what they said,” but each time he did, their guitarist grew more and more perplexed by his apparent loss of memory. Eventually he snapped, “They said we were big c***ts!”

The Irish press was somewhat more lenient, with one notable exception, the sadly deceased George Byrne. He believed that once a group released something, it became fair game. Your rivals have become Radiohead, Blur and The Beatles. It was their records that you wanted to bring down the radio with yours. The radio playlists were not based on the Montessori method.

In a review of an Irish band, he argued that the lyrics were so bad that the band’s songwriter’s English teacher was now hiding in a cave in Borneo. Frequently invited to see a band he hated play The Baggot, he said he “wouldn’t cross the road” to see them. Then, realizing that they would soon be playing in NYC, added: “Watch out, I’ll be crossing the Atlantic.”

Being canceled would have been a blow to George. As long as it wasn’t canceled at his local bar, he wouldn’t have had any problems. But his critics reportedly struggled to find publishers. These days, it seems dangerous to just ask, “So guys, where are the real songs?”