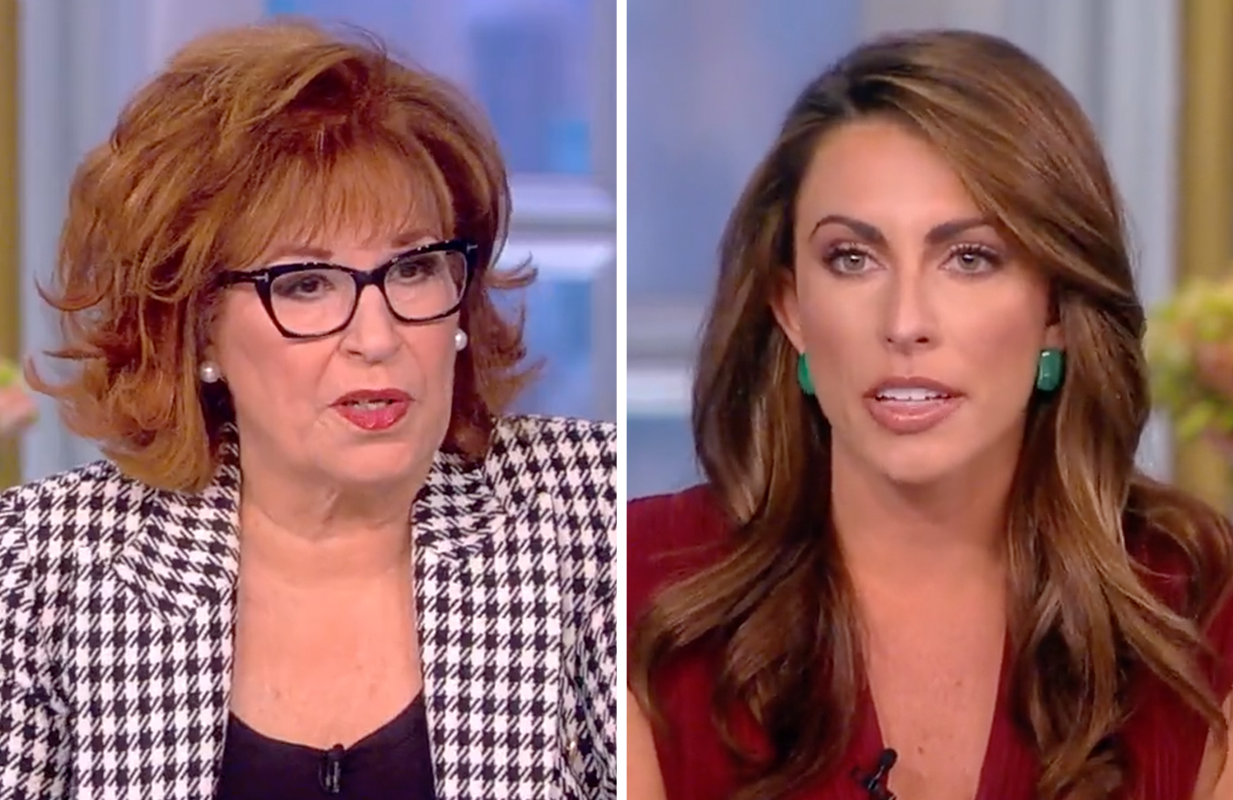 The View in Review: Alyssa Farah Stands Up to Joy Behar in Brutal Cross-Examination

Alyssa Farah left a mark on the panel in her second try for the show’s Conservative seat. (Photos: ABC)

New!
Listen to our weekly View in Review podcast.

Guest co-host Alyssa Farah has once again proven she’s the favorite to replace Meghan McCain as Viewthe conservative voice. On Tuesday morning, Farah stood up to Joy Behar during cross-examination on Trump’s COVID response, of which she played a key role as communications director. As Behar asked her about Trump’s politicization of masks and the vaccine, the former Trump official calmly walked the line between criticizing Republicans and praising the administration’s Operation Warp Speed. former.

ViewThe COVID discussion began as a hot topic about former New York Governor Andrew Cuomo, who is seriously considering a political comeback after resigning in disgrace last summer (Attorney General Letitia James’ investigation found that Cuomo had sexually harassed 11 women; he has repeatedly denied the allegations). “Men in power who abuse power to pursue their sexual desires are independent of party. Republicans did it, Democrats did it,” Farah said. “But the problem with Cuomo isn’t just these very credible accusations against him… he also did an abominable manipulation of COVID. 10,000 elderly people died in nursing homes in New York while he was writing a book which he took advantage of.”

Farah’s remark sparked a larger discussion about Cuomo’s COVID response versus Trump’s, during which Behar vehemently defended the former governor. “Besides Obama, almost every politician has some kind of baggage,” Behar said, as Ana Navarro and Sara Haines argued there was “too much toxicity” around Cuomo for any kind of feedback. Politics.

When Farah again brought up Cuomo’s “self-centered” decision to write a book about the early days of the pandemic, Behar cut him off with a simple question. “Do you blame him as much as you blame the Republicans, or not?” she said.

“I blame a lot of Republicans too,” Farah replied, as Navarro and Sunny Hostin chimed in, asking if she blamed Trump and Pence, in particular, for politicizing the virus. “I certainly think Trump deserves some blame at the start of the pandemic.”

ANDREW CUOMO PLANNING A POLITICAL COMEBACK? Five months after New York Governor Cuomo resigned over sexual harassment allegations, all of which he has denied, it appears he is considering running for office again – #View co-hosts and guest co-host @Alyssafarah to discuss. pic.twitter.com/kyt32rdhOV

“What do you think he did well?” Behar fired back. “Operation Warp Speed. Bringing the vaccine to market,” the guest co-host replied. “But then he didn’t go on TV and say, ‘Hey, go get your shot! Get boosted!’ He’s saying it now – and he politicized the masks, which was the easiest early intervention we’ve had. Those are the biggest failures on our side.

Behar continued to pepper her with questions, including “Which president wouldn’t have encouraged Operation Warp Speed?” – but Farah remained collected. “The only thing I want to say is that this is a completely new virus. We’ve now had more deaths under Joe Biden than under President Trump, and I don’t blame Joe Biden for that. “, she said. “We are fighting a new, evolving virus.”

Of course, Behar wanted to say one last word before publicizing the show. “People don’t wear a mask, they don’t get vaccinated, and then they blame him for not fixing it!” said the longtime co-host. “It’s ridiculous.”

Farah’s essay continues on Wednesday and Thursday, so viewers have yet to see the last of her. How will she do on the second and third days? Stay tuned!”

love-hate
View? You will like/hate

people talk about
View
in our forums. Join the conversation.

Claire Spellberg Lustig is the TV editor of Primetimer and a scholar of The View. Follow her on Twitter at @c_spellberg.