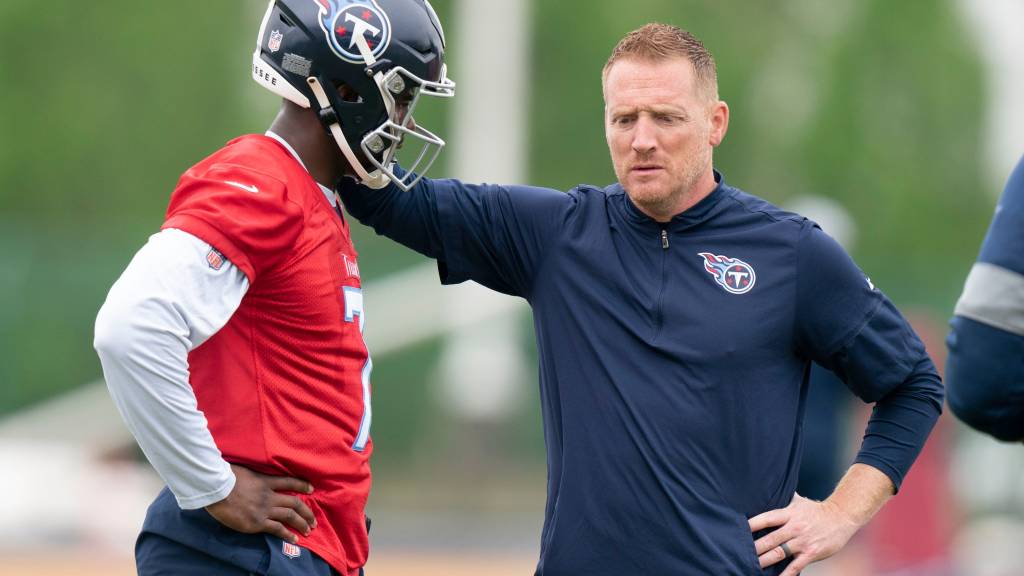 As Tennessee Titans quarterback Malik Willis engages in a backup quarterback battle with Logan Woodside in training camp, he’s also trying to acclimate to NFL play ahead of his first season.

Willis has had a top-down camp so far. While he made some great plays along the way, the rookie also struggled, which is to be expected of a young flagman.

While in college, Willis was able to get away with it simply because of his physical gifts, but as offensive coordinator Todd Downing points out, the Liberty product won’t be able to do the same in the pros.

“He’s so physically gifted and I think sometimes when you have those tools you can get away with things at the college level, and I think he’s starting to find out about some of those tight window throws, or if you you’re a little bit behind on something, you can’t necessarily catch it with ball speed. DBs are going to close that window a little bit quicker,” Downing explained, via Titans Online’s Jim Wyatt.

“So there is a development there, isn’t there? And there’s an addiction to physical tools that sometimes needs to progress to more footwork and listening to your feet and letting your feet redirect your eyes and that sort of thing. But Malik is on a good trajectory. He had some learning experiences there, but he’s a great boy with a high character who comes along and wants to know why and wants to understand what happened with the mistakes. I’m glad to know where he is.

After practice, Willis explained how his mental processing was ahead of his footwork, making the latter an even bigger point for him.

“I treat faster than I am used to in my footwork treatment. I process information and I know what I need to do, but to be on time and be able to throw with anticipation, I have to help my feet up with my processing skills,” Willis explained, per ESPN’s Turron Davenport. “Knowing what to do but just getting the reps where you are able to do it without thinking.”

And how does he achieve it?

Despite his need to improve in the aforementioned area, he feels he is “light years away” from where he was when he was drafted.

“I’m light years ahead of where I was, but that’s only from my coaches and dedicating my time to studying the situation,” Willis said. “It’s all about my job description – managing the huddle, managing the line of scrimmage, all the plays and being comfortable with them.”