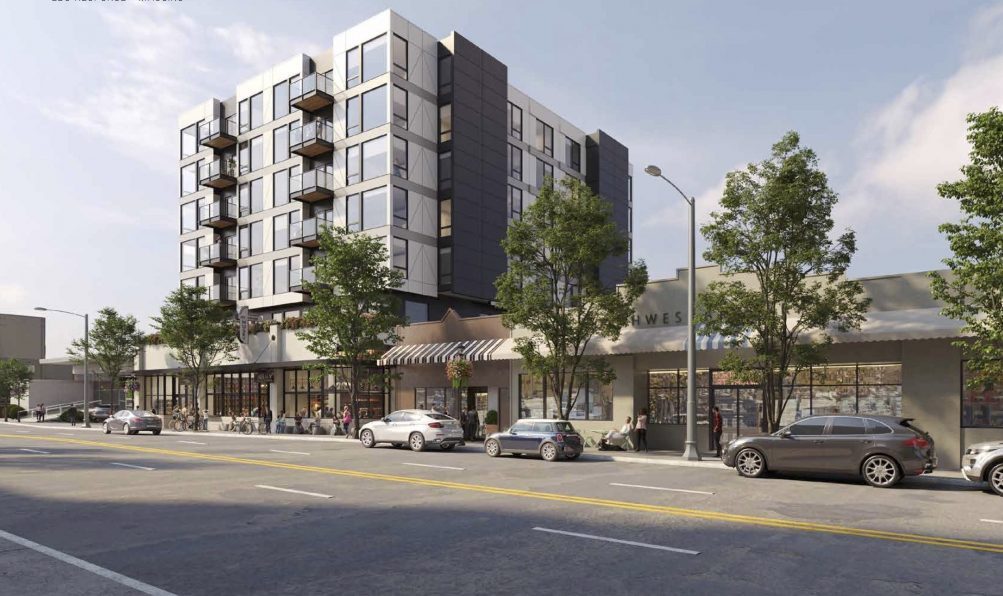 West Seattle Blog… | DEVELOPMENT: West Seattle Junction building with future Husky Deli home “on the shelf for a little while”

After the Southwest Design Review Board took a first look at proposal 4448 California SW last week, we questioned the status of other planned West Seattle Junction projects that have long completed the design review but are not yet under construction. Our first follow-up is around 4747 California SW, with a development team including Husky charcuterie owner Jack miller, of which the legendary Junction store is said to be the building’s main commercial occupant.

The SW Design Review Board gave its final approval to the project in a meeting two years ago this evening, July 19, 2019. At the time, Miller told us that if all went well, maybe they could. be start construction a year later. But now two years have passed. Miller’s partner in the project, developer residing in West Seattle Ed hewson, told us last September that the project “is still moving forward”, albeit “slowly”. We have just contacted him again. â€œOur project is definitely on hold for a little while but certainly not canceled,â€ Hewson told WSB. â€œCurrently, this is a victim of the Bridge and Covid, which has dented the West Seattle rental market enough that anyone can start new apartment projects of any size. “

There is a major project about to end, that of Legacy Partners Husbands at 4754 Fauntleroy Way SW, but Hewson notes that it “probably started just in time to secure a construction loan, but might not have been achievable after January 2020. We hope they will be very successful. and will make our neighborhood attractive to lenders despite the slowness – Go on repairing the bridge.

Plan 4747 California SW was approved as a proposal for 73 units, 45 off-street parking, approximately 5,000 square feet of retail, in a 7-story building (although the site is zoned for 9). Hewson added, “We love the Husky Deli plan and can’t wait to get started when the world of West Seattle returns to normal!”